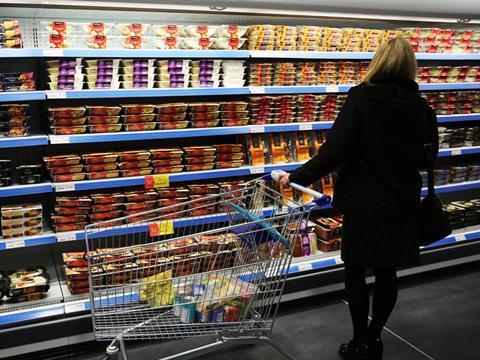 Two of the UK’s biggest food redistribution organisations have announced they are joining forces to launch combined services in the community to tackle food waste and hunger.

National food bank operator The Trussell Trust is going into partnership with Community Shop, the UK’s first social supermarket, in a move the two claim could reduce food poverty for as many as 1,500 families per year.

The two organisations are seeking 20,000 sq ft locations across the UK where they plan to open merged social supermarkets, cafes serving reduced price food, and services such as advice on cooking and budgets. They hope to open at least two locations this year.

It is a radical move for two organisations that have previously specialised in different approaches to tackling food waste and poverty.

The Trussell Trust is known for running a network of food banks across the UK, which provide three days of emergency food and support to people in a crisis.

Community Shop runs social supermarkets in Yorkshire and South London, with a further pipeline of stores in development, selling cheap surplus food to those in need.

The move stopped short of a full merger, the organisations said, but they hoped collaboration would achieve more than competition.

“We are excited to enter into this agreement with Community Shop and I’m looking forward to exploring how the two organisations can work together,” said Trussell Trust chief executive David McCauley. “Most importantly we have a shared vision and passion for ending UK hunger and poverty through supporting communities by taking practical action. Our approaches to tackling poverty can complement each other, so fewer people end up needing an emergency food parcel to see them through the week.”

John Marren, founder and chairman of Community Shop, added: “We have long admired the way that the Trussell Trust has inspired a nation to take action to tackle food poverty. When we launched Community Shop our mission was to get surplus food to the people who needed it most, while building stronger individuals and stronger communities. We believe that through this partnership we will be able to reach even more people and help them back on their route to independence, while tackling food waste.”