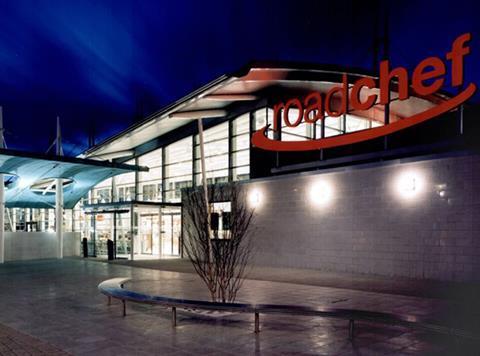 Roadchef has switched water supply at all of its motorway service stations in England to reduce costs.

Wave will supply water at all of the company’s 27 sites after it agreed a new three-year deal.

Roadchef extended the deal to include its service areas in England after the water company achieved more than £90,000 of savings at three of its sites in Scotland in three years.

Wave will also manage the company’s wastewater and monthly meter reads as part of the deal.

The contract includes Wave’s Active Water Management (AWM) service. It monitors consumption patterns and highlights any irregularities or excessive usage so that the water retailer can work with customers to drive down inefficiency.

Roadchef director of purchasing & data Mike Jackson said: “Wave’s AWM service has helped us to save £90,000 across just three sites in Scotland so we see it as a genuine way in which our supply chain can add value to both operational cost reduction and environmental best practice.

“Indeed, we have been so impressed with Wave’s service-led approach to working with us that we have extended the range of services included in the new contract.”

Wave will also carry out water and energy efficiency audits at each site.

“The discounts offered by Wave were competitive but it is the company’s 360 approach to helping us reduce costs, cut consumption and make the whole process easier to manage that really sets them apart,” added Jackson.

“That’s why we’ve not only chosen to renew our contract in Scotland but to also extend it to all our English sites too.”

Wave CEO Lucy Darch said: “We’re delighted to extend our relationship with Roadchef and look forward to helping them save water, energy, money and time over the next three years.”