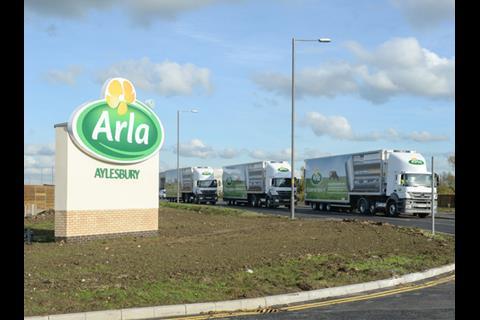 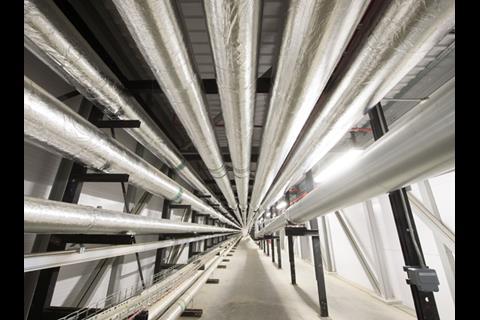 The pipe network has been designed to minimise loss of heat 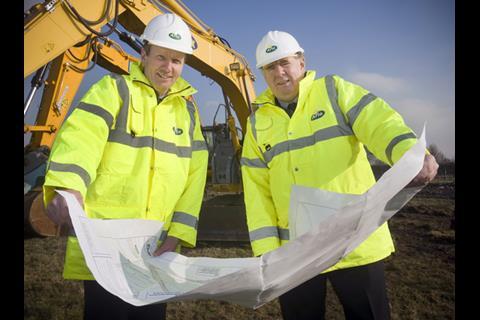 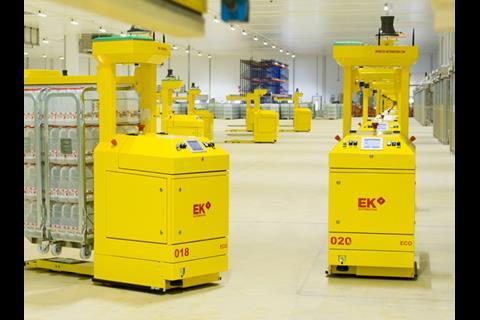 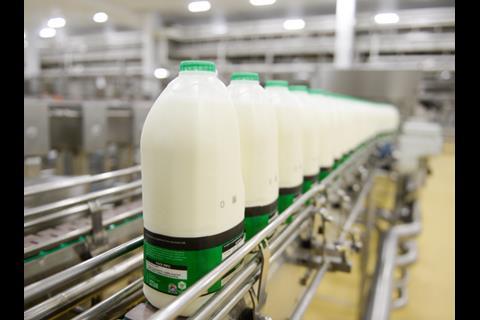 Arla wants to boost its milk supply by 25% 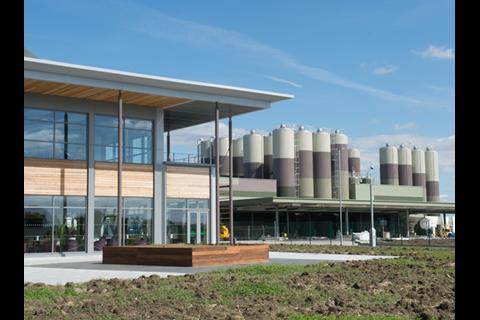 Peter Lauritzen is surprisingly relaxed about the £150m his company has just spent on its new fresh milk dairy in Aylesbury. “It’s a lot of money, but on the other hand, it only cost two top football players,” jokes the Arla Foods CEO.

Happily, you also get a lot more bang for your buck - as became clear when Lauritzen and project manager Jakob Nielsen gave The Grocer an exclusive tour of the site last month. “I think what we have built here is a next generation dairy plant,” says Lauritzen proudly. “It’s not a new Stourton [Arla’s Leeds factory] by two this is the next generation.”

It needs to be. The dairy, initially announced in 2009, is a key plank in Arla’s strategy to boost its UK milk supply pool by 25% to four billion litres a year minimum by 2017. At full capacity, Aylesbury can produce 650 million bottles of milk a year. With light wells, anaerobic digestion (AD) plants and automated vehicles, the dairy sits on a site which is, to continue the football analogy, more than four times the size of Arsenal’s Emirates Stadium and thought to be the biggest in the world.

When locals got wind that a major multinational planned to build a “mega dairy” on a greenfield site, it sparked the inevitable nimbyism and the formation of a campaign group, ACRID. So followed the inevitable planning delays and attempts to assuage concerns.

“We brought facts to the table and that took some of the misunderstandings out of the conversation,” says Nielsen, adding that it also swapped the “standard white and shiny industrial building” for camouflage colours to ensure it blended in with the environment.

It didn’t just push boundaries externally. “We wanted to reach out in performance where no one else has been before, so this was definitely not a dairy we could just take down from a shelf and build,” says Nielsen.

Indeed, Arla sought input from all its business units as well as customers. The upshot is a dairy bursting with state-of-the-art technology, including what it claims are a number of UK firsts - such as the trolley traceability system that uses cameras to monitor all trolleys coming into the filling hall to ensure they are fit for purpose before being loaded and sent out again.

Then there are the site’s 75 ‘Daleks’ - un-manned, automated guided small vehicles that pick up milk trolleys from one part of the milk hall and deliver them to another. Nielsen claims Aylesbury will be “the most efficient and advanced fresh milk filling hall in the world” thanks largely to the ‘Daleks’.

But they aren’t the only way the dairy is trying to optimise efficiency. Pipes carrying hot liquid are as short as possible to ensure minimum loss of heat, and an AD plant converts the site’s waste into biogas, which is blended with natural gas and used to produce electricity to power the plant. “That is the roadmap to get us down to 100% carbon reduction,” says Nielsen.

The Grocer Gold winning Green Supplier of the Year has deservedly won plaudits for its efforts at Aylesbury. However, there are some downsides. Arla’s Ashby-de-la-Zouch processing site will close next year, with production transferring to the new dairy. There’s also been industry speculation that Arla’s Hatfield Peverel plant may be in line for closure, although Lauritzen says: “We haven’t decided anything about that at this stage.”

He also maintains that Aylesbury will play a positive role in the future of dairy as well as Arla. “It is good for the industry that you are in a position to do this. It also fits into our growth strategy: we want to grow the market, which is also good for our owners, customers, retailers, and consumers, so it all fits together.”

The support from farmers was particularly gratifying, he adds: “It’s a lot of money we’re investing. It really shook me that the farmers are behind it. That was good to see and I’m very proud of that actually.”

So with Aylesbury, can Arla become the lowest-cost fresh milk producer in the UK? Lauritzen plays his cards close to his chest. “We think so,” he says.

It certainly has that now.