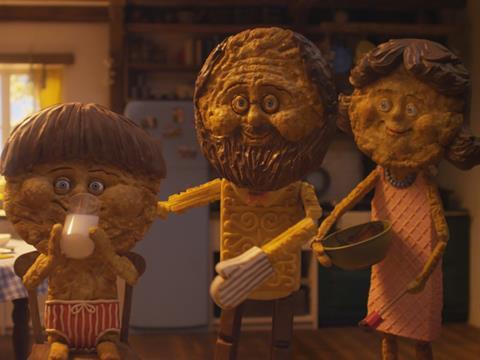 Arla will extend the Cravendale range with a new three-litre format later this spring, as it seeks to encourage more shoppers to switch from own-label six-pinters to its premium, filtered milk.

The new bottle - which will initially be available in semi-skimmed only - will hit Asda shelves during the second quarter of 2014, with listings in other retailers to be confirmed. It will have an rsp of £2.69, compared with the £1.48 for six pints of own-label milk charged by most of the mults.

The largest format offered by Cravendale at the moment is a two-litre bottle. Brand manager Sophie Macaulay said about 10% of Cravendale shoppers also bought own-label six-pinters, and the brand hoped the new three-litre format would encourage them to trade up. “As a brand targeting families, we felt we needed to offer an alternative to six pints.”

Meanwhile, a new TV campaign for Cravendale goes live on 29 March, replacing the Cats with Thumbs campaign. Featuring a biscuit-headed boy crazy about Cravendale milk, it carries the strapline “marvellous milk”. The brand is also rolling out refreshed packaging at the end of the month.

The current supermarket milk price wars had widened the gap between the price charged for standard own-label milk and Cravendale, meaning Cravendale had to work harder to convince consumers it was worth paying a premium for, said Macaulay. “Our new campaign is all about saying Cravendale is marvellous milk, which is fresh fuel for you and your family.”