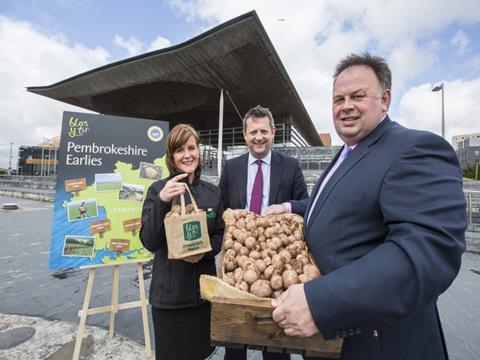 Haverfordwest grower Puffin Produce has harvested its first Pembrokeshire Early potatoes since the variety became protected under the EU’s PGI scheme. Its Blas y Tir (Taste of the Land) brand now falls under the same European PGI rules as Melton Mowbray pork pies and Parma ham. “Consumers can now be sure they are getting a product grown and picked in Pembrokeshire, using traditional methods,” said Puffin Produce MD Huw Thomas (right).