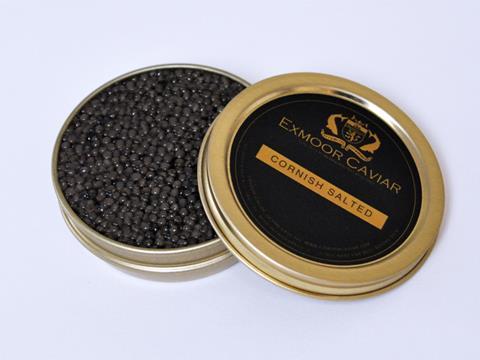 Selfridges is to become the first retailer to stock British caviar after the delicacy started appearing on London restaurant menus last year.

The caviar is made by Exmoor Caviar in Devon - set up by a former caviar trader - and will go on sale in Selfridges next week in two varieties: the more mellow Cornish salted and punchier Hebridean salted.

Priced at £60 for a 30g jar, British caviar is more affordable than other, traditional varieties such as Sevruga, which Selfridges sells at £125 for 30g, and Beluga, which costs £219 for a 30g jar.

Selfridges said Exmoor’s caviar was a prime example of British artisanal foods. “Not only is the product delicious, but is produced in the UK in an ethical and sustainable way,” said fresh buying manager Noel O’Brien. The eggs are from sturgeons that have grown to full maturity in 700ha freshwater lakes, and more than 40 million litres of fresh springwater pass through the pools daily.

Before it started trading last year, Exmoor Caviar had to write to the Queen to ask for permission as sturgeons are classified as royal fish, making them the personal property of the monarch.