Potato shortage to blame as price of crisps and chips soar 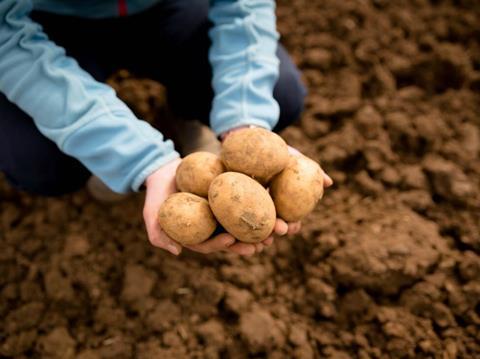 British shoppers are paying more for crisps and chips as manufacturers battle to maintain supplies in the face of a Euro-wide potato shortage.

The UK potato planted area fell by 4.4% year on year to just 117,300 hectares in 2018 - the third lowest on record - according to AHDB estimates, while weather during the Beast from the East delayed planting and the summer heatwave meant potatoes didn’t have the right conditions to grow.

“The potato harvest in the UK and across Europe has been dire this year versus expectations,” said KP Snacks sales director Andy Riddle. “I’ve been out in fields with farmers pulling the potatoes out of the ground and they’ve been really distressed.”

Growers have taken advantage of kinder autumn conditions to allow crops to “bulk up a little”, according to Rob Clayton, AHDB strategy director for potatoes. However yields are still expected to be down by 10%-20%, with skin issues like scab and secondary growth also affecting availability. “Affected tubers will neither pack or fry well so will need grading out.”

Retailers and processors have relaxed ­specifications in a bid to make the most of the available crop, so “we aren’t anticipating empty shelves, but it will be tight”, he added.

With some growers warning they could struggle to fulfil their contracts, prices for ­free-buy potatoes are surging. “As of today, our free-buy (spot price) is close to £250/t, £110 more than a year ago,” Clayton said.

The supply chain won’t get any relief from cheap imports, with European growers facing similar issues. The North-Western European Potato Growers (NEPG) ­predicted the 2018 harvest across the UK, Germany, the Netherlands, Belgium and France could be 18% lower than last year and 8% lower than the five-year average.

The impact of the shortages can already be seen in UK supermarket aisles, with crisp manufacturers cutting back on promotional activity on multipacks to manage availability.

Between July to November 2018, there were 78% fewer supermarket deals on large multipacks of crisps than the same period a year ago, while the number of promotions on small multipacks fell by 8.2% [Assosia].

Average supermarket prices for frozen potato products increased by 8p to £1.88 in the 12 weeks to September 2018 [Kantar Worldpanel].