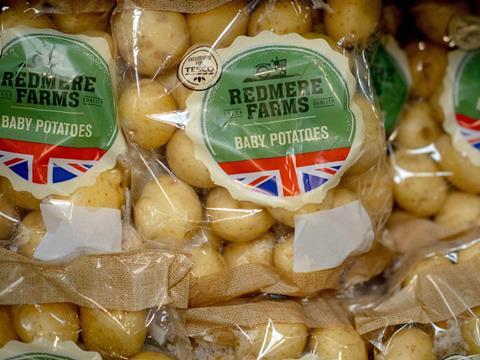 Many shoppers appear reluctant to embrace the removal of best before dates on fruit and veg, according to new research, despite Tesco’s landmark commitment to abandon the labelling on more than 70 fresh produce items last month.

Almost four in ten consumers said they would buy less fruit and veg if products did not carry a best before date, according to a poll of 2,068 British adults by YouGov in the wake of Tesco’s announcement in May.

Its commitment came as part of an attempt to reduce food waste, after the retailer found consumers thought the labelling was “confusing” and could lead to edible food going to waste.

YouGov’s poll revealed more than half (57%) of consumers believed Tesco’s strategy would be significant in reducing overall food wastage, while 74% knew there was a difference between quality-related BBE dates and ‘use by’ safety indicators.

But the research also found more than a quarter (28%) of consumers “would not feel confident” in keeping fresh produce without a best before date to guide them, with young adults aged 18-24 most likely to feel this way.

Though consumers acknowledged the logic, some may not be comfortable without BBE dates to refer to, said YouGov custom research director Richard Moller. Some 73% of consumers used the dates to judge freshness and inform purchase.

Meanwhile 39% said they would buy produce in smaller quantities to ensure it was used before going off. Those aged 18-24 were put off most by food past its BBE date, with 37% admitting to regularly eating such items, compared to 47% of those aged 55 and over.

“In doing away with ‘best before’ dates, grocery stores are taking a notable step that could make some consumers approach food shopping in a different way,” added Moller.

“Our research suggests they need to work hardest to educate younger consumers as they are the ones most likely to feel unconfident about the change. The other danger is that while the policy is limited to own-brand products it could push confused consumers to branded fresh items, where they’ll have the safety net of printed best before guidance.”