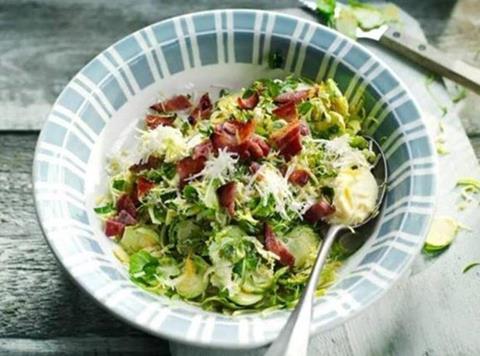 Sales of Brussels sprouts are up 43% year on year this summer according to Sainsbury’s, suggesting Brits are eating more of the vegetable outside its seasonal peak.

Other classic winter foods to have seen an increase in sales include oats, which have grown 5% year on year. “It’s very unusual to see this sort of sales spike in the middle of summer, as opposed to the usual strong sales of sprouts in winter,” said James Hamilton, Sainsbury’s buyer for prepared produce. “I put this unseasonal demand down to ever increasing customer interest in these types of nutrient-rich vegetables.”

Last year, around 700 tonnes of sprouts were harvested, 25% of which were sold in December, and Sainsbury’s saw a 50% increase in sales of baby sprouts.

Loose sprouts are sold during the UK season, which runs from September to April. At this time of year, the vegetable is pre-packed and imported from Holland.