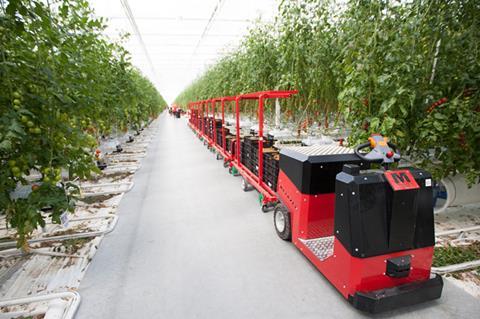 Leading Kent grower and importer of salads Thanet Earth suffered an increase in pre-tax losses after issues with a tomato virus hit margins, its latest accounts have shown.

The firm, which is owned by Fresca Group, endured a pre-tax loss of £1.48m in the year to 24 April 2020 – up 85% from £797k in the previous accounting period – according to financial results filed at Companies House.

Thanet’s sales also fell back 7% from £92.4m to £85.9m after it suffered what it described as a “short-term issue with specific contracts” during the accounting period.

Commenting on the results, MD Chris Butler said the business had fallen victim to the tomato brown rugose fruit virus in one of its glasshouses – a disease that can also affect sweet pepper crops. It has swept across the world since being first identified in Israel in 2014 and reached the UK in 2019.

“This was the first time we have encountered any such problem,” said Butler. “It’s uninsurable, resulting in a one-off loss of our own production, the cost of procuring against the shortfall and the cost of extensive cleaning and a complete re-stock of the glasshouse.”

Defra inspections in 2020 had since confirmed the virus has been eradicated from the affected facility, Butler added.

Reflecting on the impact Covid-19 had had on Thanet Earth during the final two months of the accounting period, the results stated that actions to curb the risk of the virus, such as social distancing measures, had hit productivity and upped operating costs.

However, a continued demand uplift alongside strong prices and limited availability of imported crops owing to the virus hitting as the UK’s import season drew to a close, meant the financial outlook for the year since the results was “much more positive”, Butler said.

“The crops have been excellent, with light conditions particularly in spring 2020 bringing superb-quality UK product to the market. Demand for peppers in particular has been very high, reflecting the versatility of the product as people prepare more meals at home,” he said.

“Demand has stayed high, partly boosted by lockdown but also in the post-Brexit climate with consumers being increasingly aware of buying British and keen to support UK producers.”

Butler added that growing sales in the 2020-21 accounting period meant the company was set to invest in extra energy-efficiency measures for its production units from May 2021.

Thanet Earth currently lights its glasshouses using electricity generators that also supply the national grid. Waste heat and CO2 from these generators is then used to heat crops.

The results have come after Kent business revealed in January that it had extended the UK cucumber season by a month thanks to investment in new lighting in one of its two cucumber greenhouses.

It began harvesting cucumbers in the final week of January – the first of an anticipated 30 million cucumbers in 2021, the company said. Thanet Earth claims to supply a fifth of all UK-grown cucumbers – roughly 5% of the UK’s consumption of the salad vegetable.