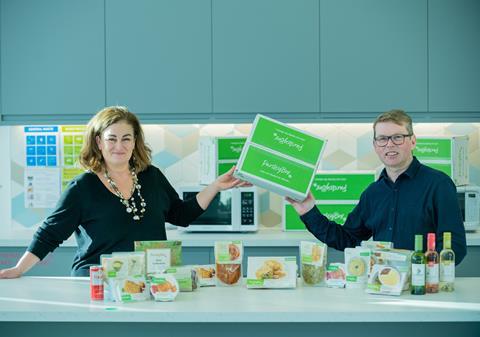 DTC ready meal maker Parsley Box has raised £17m in an IPO, valuing the business at £84m as it gets set to join the London exchange’s junior AIM market.

The Edinburgh-headquartered company, which targets the Baby Boomer generation with ambient meals, said this morning that it’s float had proved popular with investors, attracting strong support from “high-quality” institutions.

Its shares were priced at 200p each, with a placing made up of 1.4 million new ordinary shares and 6 million exisiting shares going to institutional investors, a further 650,000 taken up by Parsley Box customers and 500,000 for existing shareholders.

Gross proceeds totalled £17m, with £5m of new money earmarked for the company and £12m going to selling shareholders.

Parsley Box plans to use the new capital to accelerate its growth by upping marketing spend in attempts to become a household name.

CEO Kevin Dorren said the IPO was a significant milestone for the business.

“I see it as firing the starting gun on our next phase of growth,” he added. “I am looking forward to leading the business through this exciting new chapter.

“The strong demand for our IPO from both blue-chip institutions and our own customers was a real endorsement of our business and the market opportunities that lie ahead of us. I’m pleased to welcome our new shareholders on board.

“I’d also like to thank our employees who do so much day in, day out to ensure we deliver great service to our customers.”

The business will be admitted to AIM next week on the 31 March trading under the ticker ‘MEAL’.

Parsley Box has grown rapidly since Gordon and Adrienne MacAulay founded the company in 2017. Revenues have tripled over the past three years to £24.4m in 2020, with 900,000 products delivered per month to an 154,000-strong active customer base.

Elsewhere on The Grocer this morning, we report that foodservice wholesalers are finally set to get business rates relief under a new £1.6bn fund announced by the government.

The Federation of Wholesale Distributors called it “a staggering u-turn” as the Chancellor revealed the new “material change of circumstance” fund.

The £1.6bn pot will be distributed to those businesses “adversely affected” by Covid-19 but left out of the original £16bn rates relief fund that benefited the hospitality, retail and leisure sectors.

The FTSE 100 continued its difficult run, falling 0.6% to 6,674.83pts yesterday as sliding oil prices and a rising pound spooked inbvestors.