Crowdfunding has exploded in popularity in recent years. It’s been around since 2003 but last year more than £84m was raised in the UK, triple the £28m raised in 2013 and up from £3.9m in 2012. And food and drink is one its biggest fans.

More than £21m has been invested in the industry to date, with 62 food and drink businesses hitting their crowdfunding targets, according to figures from innovation charity Nesta and the University of Cambridge’s Centre for Alternative Finance.

Part of crowdfunding’s appeal is its simplicity: companies can raise investment by offering investors equity, rewards, or by taking straightforward loans, known as peer-to-peer lending. Because the offer goes out to a crowd of people, individual investments can be minimal, while the process is relatively informal.

“Before crowdfunding, the only people who could invest in the Camden Town Brewery would be high net worth individuals,” says Luke Lang, co-founder of Crowdcube, one of the UK’s largest crowdfunding plaforms. “Crowdcube is democratising investment and making it more accessible for a wider network of people. And there is an inherent distrust of banks, so the idea that you can cut out the men in suits and go direct to customers is very appealing.”

Gem Misa, who has used the crowd four times since leaving a brand manager role at Unilever to launch salad dressing business Righteous and now Cauli Rice, adds crowdfunding is filling a “massive void” in the market left by the banks in the wake of the global financial crisis, while the capital flowing from the crowd also provides entrepreneurs with the chance to get their wares noticed, and fuels innovation.

It’s difficult to overestimate just what a difference crowdfunding can make to a fledgling fmcg brand, says Charlie Thuillier, co-founder of healthy ice cream company Oppo, which became the fastest-ever food & drink business to raise funds via Seedrs (another leading player in the UK crowdfunding arena) earlier this year, securing over £300k within minutes. “If these innovative products are going to be able to get shelf space, then funding is crucial,” he says.

On top of gaining much-needed funds, crowdfunding campaigns can give new brands valuable exposure - and win them passionate brand advocates, adds fellow Oppo founder Harry Thuillier. “The big challenge for a new business is to raise awareness so having 197 investors can really help spread the word.”

It’s a concept Camden founder Jasper Cuppaidge knows only too well after amassing an army of 2,360 ‘Hell-raisers’ - named after the brewer’s Hells Lager.

The brewery, which is now stocked in 350 M&S stores nationwide, launched one of the most high-profile crowdfunding pitches so far in February, seeking £1.5m to help open a second site and boost its capacity. It smashed its target and has since overfunded by 86% (£2.8m), giving away a 5.4% stake in the process.

However, merely getting a pitch on to one of the main crowdfunding websites is no guarantee of success. The all-or-nothing nature of a campaign means a business walks away empty-handed if it fails to hit the fundraising target. And that failure is very public.

Ex-M&S buyer Andrew Sherick, who has just hit his £250k target through Crowdcube for his Mr Sherick’s Shakes premium milkshake brand, says it’s a big risk. “If you don’t reach your goal then you don’t get anything. And after four months’ preparation that would be painful.”

Burgundy wine producer Domaine Chanzy was forced to pull its plans to launch the first-ever crowdfunded float on the London Stock Exchange in March after only managing to bring in 53% of its £1.9m target during a two-month campaign, despite the launch being covered by several national newspapers and the trade press. The reality is that “most pitches fail”, says Seedrs CEO Jeff Lynn.

Yet investors are also taking a big gamble by putting their money into mostly unproven ideas and businesses with high chances of failure. And even if the business succeeds, investments are unlikely to pay any sort of returns for a substantial period of time. Not to mention the chance of having their shares diluted if the start-up needs to raise more capital.

Still, there is no denying the popularity of crowdfunding. In April, BrewDog launched a bid to raise £25m through its Equity for Punks scheme. If successful, it would be the largest crowdfunded share sale in the UK to date - and it’s on track. At the time of writing it had raised £5m in just 20 days.

As Brewdog’s Equity for Punks scheme offers shares directly to investors rather than through a third-party platform, technically it isn’t crowdfunding, although it operates on similar principles. And although it’s progressing nicely, its ambitious bid did raise an important point about raising money via the crowd: does the crowd understand the inherent risk of investment? And, given the figures now involved, is the crowdfunding scene just a little bit too casual? 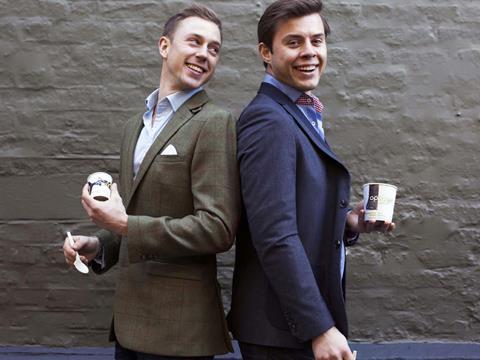 The founders of Oppo

Five days after its initial offer, Brewdog issued a statement to investors (‘Hey guys’) containing what it described as a ‘few legal updates’. “Our press releases described the Equity for Punks share offer as a ‘UKLA accredited investment scheme’ or a ‘UKLA approved investment’. This is not correct,” it read.

Instead, UKLA had given the green light to Brewdog’s propectus, rather than the offer itself. A genuine misunderstanding swiftly corrected perhaps, but it demonstrates why crowdfunding now falls under the remit of the Financial Conduct Authority (FCA), which introduced rules in 2014 to provide investor protection in light of crowdfunding’s extraordinary growth.

“Many unlisted shares on crowdfunding websites are in start-up and growing businesses,” a spokesman says. “That makes them attractive to those looking to give a venture a leg up or get in early on the next big thing. But for every next big thing, there are many more firms that fail.”

Cuppaidge thinks everyone knows investment carries risk. “We have done as much as we possibly could to make potential investors aware of that fact. If you don’t know that, you shouldn’t be investing.”

Yet another great unknown is when crowdfunding will prove itself to be a viable platform by paying investors a return. “Whilst crowdfunding provides a guaranteed reward for the funder, returns for potential investors are often less assured,” warns Patricia Grinyer, banking and finance partner at law firm Weightmans.

Lynn agrees on the importance of long-term returns but says success will take time. “If we don’t start seeing returns from some of these investments, that is a problem, but we can already see there will be some fantastic returns for investors down the line. And Charlie Thuillier says: “We are incredibly aware it is other people’s money and we are busting a gut to make sure we do our absolute best with it. It is crucial we provide a return.”

Another area where crowdfunding is particularly vulnerable to criticism is valuations. BrewDog raised eyebrows by asking for £25m for just 8.8% equity, making the company worth £284m, almost 75 times the £3.9m operating profit the Scottish brewer took last year.

Camden also provoked debate when its original pitch for £1.5m valued the business at £75m. Sources in the City have called the number “sky-high”, “bonkers” and “shocking”. Yet Cuppaidge and Lang have both robustly defended the valuation.

“Look at what we will be worth in five years when we have another brewery in operation,” says Cuppaidge. “I wouldn’t have put a valuation out there I didn’t think was right. Hopefully, the people who didn’t believe will be kicking themselves in five years.”

Yet following a £10m sale of 20% of the brewery to a private Belgian manufacturing family, that valuation has been revised to £50m, causing some to question the intelligence of the crowd.

“People don’t do their homework and really study what they are investing in,” says Stuart Lucas, co-founder and CEO of Asset Match, an online trading platform for UK private businesses. “Businesses offer at a high price because they know the crowd probably don’t check valuations much.”

He adds the £25m fall in Camden’s value shows the crowd will pay more than a family business or an institution. And whether the average valuation is realistic or sky high, it’s not putting investors off. The popularity of equity-based crowdfunding soared by 201% in 2014, according to the FCA, with £199,095 the average amount raised.

Lynn says that proves investors have an appetite for fmcg businesses, and are looking to get in early on the next Innocent.

“There will come a time when if you haven’t used crowdfunding to get publicity and support to grow your business, later-stage investors will ask why,” he says.

“If two businesses approach Waitrose and one has 1,000 investors behind it who will tell their friends to go to the shop to buy it, and the other just has a venture capitalist, if I’m Waitrose I will be interested in the one with the support behind them. And that is the world we will move into.”