How much appetite will the City have for Bakkavor? 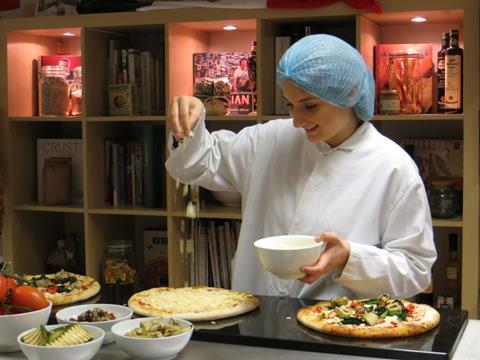 Once a sobering tale of pre-credit-crunch over-ambition, ready meal producer Bakkavor is now readying a London IPO - in a market far more receptive to the charms of own-label grocery suppliers.

Since the start of the year, speculation has been rife that the chilled prepared food giant owned by the Gudmundsson brothers and US hedge fund Baupost was preparing for a £1.5bn float. The Grocer revealed on Friday that plans are now advanced, with the group set to officially announce its intention to float on the London Stock Exchange in mid-October.

It is difficult to predict with total certainty the City’s appetite for an own-label business that supplies ready meals, pizzas, houmous and salads to the likes of M&S, Waitrose, Sainsbury’s and Tesco, but an examination of listed peers in related spaces is indicative.

Cranswick, Hilton Food Group and Greencore have all been trading at multiples between 14x and 18x earnings in recent years. With Bakkavor reporting EBITDA of £145m in 2016 there is scope for a punchy valuation, albeit likely at an initial discount to peers.

“The track record of Cranswick and Hilton has been excellent,” says a City consumer goods analyst. “And there is no reason at the moment why Bakkavor wouldn’t attract plenty of interest from the City. It is delivering top-line growth, management could improve margins as long as they are working well with the retailers, and it delivers decent cash and a return on investment - just the sort of characteristics an investor would look for.”

However, recent problems at Greencore in the US have caused the sandwich maker’s shares to crash 30% since the start of March from more than 260p to below 190p at present. While the issues don’t apply to Bakkavor, a senior City dealmaker says it will have a bearing on how much potential investors will pay for shares. “Greencore will be a benchmark stock so it will be a source of some frustration to exiting Bakkavor shareholders that Greencore has taken such a heavy fall recently,” the source adds. “Fund managers will be keen to try and buy Bakkavor more cheaply by pointing to the Greencore price.”

Tailwinds behind own label

Nevertheless, market sentiment around Bakkavor’s float will be boosted by the long-term tailwinds behind the own-label grocery sector as a whole.

The march of the German discounters has been a driving force. Where Aldi and Lidl have led with strong private label, the mults have had no choice but to follow suit as the price war squeezes margins on brands.

A competitive own label enables supermarkets to fight back on three fronts - first on price, but more premium and bespoke products can also offer higher margins and engender shopper loyalty through differentiation. This has pushed up quality. One City dealmaker notes: “Own-label businesses traditionally produced knock-offs of branded businesses but that has changed. Look at a business like Froneri where private label is blazing a trail in terms of product innovation.”

The trend shows no sign of stopping as own label’s share of shelf continues to grow. And suppliers are outperforming their branded counterparts.

Although these margins pale in comparison to the 9% still achieved in the under-pressure branded sector, coupled with revenue growth the sector’s return on capital employed overtook that of branded rivals.

Of course, the sector is not immune from the dual pressures of commodity inflation and increasing labour costs caused by the Brexit vote. But own label may be in a better position to ride out the storm.

First, the naturally lower margins in own label mean suppliers are used to reacting to input price changes quickly. Froneri’s UK and Ireland head Mike Fraine says: “If you come from an own-label background, you’ve never had a big gross margin to protect. Focussing on your overheads and cost centres is part of your DNA.”

Indeed, many large own-label suppliers have mechanisms to pass on input price changes written into their supply contracts with retailers to transparently and speedily deal with commodity volatility. As Hayllar points out, that takes away “some of the margin volatility inflation can cause” as otherwise “all the conversations between producers and retailers are dominated by price changes.”

Plus, grocers are increasingly working in partnership with own-label suppliers to tackle rising costs. “All our customers realise the lower hanging fruit is long gone and we all need to approach the supply chain in a different way to find efficiencies,” says Nature’s Way Foods CEO Susan Barratt. “Transactional relationships are short-term in definition, so collaboration is the only way we’re going to create value.”

As such, it is a marketplace where large companies such as Bakkavor can leverage their size to While large branded suppliers find themselves outmanoeuvred by more nimble and bespoke branded rivals, in own label that ability to drive value with retailers through high-volume partnerships can be leveraged to drive growth. Due to these scale benefits own label consolidation has been one of the few drivers of UK supplier M&A in recent times, such as Dawn Meats acquiring control of Dunbia UK. The sector is also increasingly consolidating its own supply chain through vertical integration to achieve value down the chain

There are also growing opportunities for own label outside traditional channels. The continued growth of out of home provides new opportunities to supply foodservice and the weakening pound has opened up export opportunities. A number of own-label meat providers are reporting strengthening demand in non-EU countries, with long-term groundwork laid to get export licences for British pork into China driving a big uptick in volume for example.

Another successful export model is that of Hilton Food Group, which is exporting its successful retail partnership model - such as its recent deal to provide ready meals in central Europe for Tesco.

While own label is not immune from the worries over increasing input costs and - perhaps more urgently - the cost and supply of labour, its rising reputation can be seen in cold hard cash. Since this time four years ago Cranswick shares are up 150%, Hilton Food Group up 72% and Finsbury Food Group up 54% during a time when the listed retailers have fallen by an average of 35%.

Bakkavor has a mixed financial past, but - if its own-label contemporaries are anything to go by - it can look to the future as a listed company with justified optimism.

Do you have an own label creation worthy of a City valuation? Well, there are two weeks left to enter The Grocer’s 2018 Own Label Awards.
The world’s biggest private label competition, the awards put own label to the ultimate test, with consumer panels, expert judges and blind taste testing, all feeding into the final lineup.