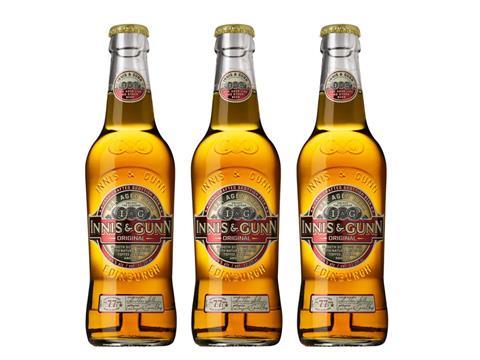 Independent Scottish craft brewer Innis & Gunn has launched a crowdfunding campaign in a bid to raise £1m in equity.

The AdventureCapital campaign, powered by investment crowdfunding platform Crowdcube, includes the brewery selling 2% of its share capital, with a minimum investment of £10.

The move forms part of ambitious plans by the independent brewer to double turnover to £25m over the next three years, said founder and master brewer Dougal Gunn Sharp.

Gunn Sharp put the success down to “perseverance, hard work and outstanding beer”.

“We have been able to play a key role in spearheading the growth of the craft beer movement in the UK since our launch in 2003 and in turn build a successful international business selling our beers in over 20 markets.”

As part of AdventureCapital, each of Innis & Gunn’s 57 employees were given shares in the business.