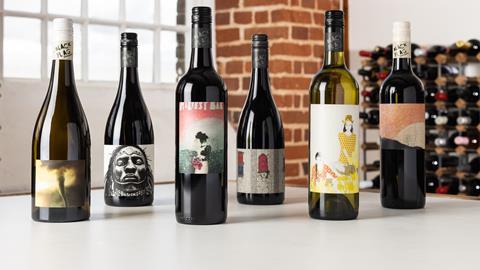 What £100m Virgin Wines listing tells us about the market

Private interest in Virgin Wines was thought to be strong, but the group is going public instead

The flurry of IPO activity so far in 2021 reached the grocery industry this week, with the confirmation DTC booze player Virgin Wines is seeking a £100m listing.

The e-commerce wine merchant, which split from Richard Branson’s Virgin empire in 2005, is seeking to capitalise on booming demand during the coronavirus outbreak, amid a spike in sales of alcohol online as restaurants and bars remain shuttered and at-home consumption has soared.

Its owners, which include the management team and private equity investors Mobeus Equity Partners and Connection Capital, first looked at taking advantage of the surge in demand by initiating a sales process in the autumn of last year.

Private equity interest in the group was expected to be strong as the pandemic has rapidly accelerated its top line and profit growth. However, an investor scramble to be part of new floats from consumer brands, like card seller Moonpig and Dr Martens so far in 2021, convinced Virgin shareholders to try their luck on the public markets instead.

It announced its official intention to float on London’s junior AIM on Tuesday in a process expected to value the group at around £100m.

Why private equity firms are backing the UK grocery sector

“The reality is there is much greater demand for DTC and online consumer offers on stock markets than from private equity at the moment,” said one food and drink dealmaker.

“Private investors are more sceptical than markets over the long-term value of DTC and how much of this is a temporary bounce rather than new entrenched behaviour. Time will tell who is right.”

It’s certainly the case that the public markets have already welcomed a number of online consumer propositions with some enthusiasm.

Moonpig’s £1.2bn float priced it at the top end of its range earlier this month and leapt almost 30% within moments of making its stock market debut, while Dr Martens – which is focused on growing its DTC revenues – achieved a bumper £3.7bn listing in January, with shares trading up since.

A source with knowledge of Virgin Wines’ strategic thinking suggests a listing has always been management’s preferred option.

While the buoyancy of the IPO market was a clear current attraction, the business is also seeking to benefit from other advantages a public listing brings – both from a profile perspective in boosting their brand and the access to capital it provides for additional funds to drive growth.

Another City source suggests a dual track process was considered – involving both pursuing a listing and an M&A exit simultaneously – but “this is more costly and puts enormous strain on management”.

Instead, it is believed that as a result of the listing, Connection will exit its 23% shareholding, while Mobeus (with 42%) and the existing Virgin Wines management team (with 35%) will remain significant shareholders going forwards.

The float would represent a hefty premium on the £15.9m which Mobeus, Connection and management, led by CEO Jay Wright and CFO Graeme Weir, paid in 2013. They bought the business from Direct Wines, which had acquired it from the Virgin Group in 2005.

Profitability has undergone a similar step-change, with EBITDA in the final six months of 2020 almost trebling to £4.5m to take annualised EBITDA to £7.7m.

Virgin plans to largely base growth on its current business model post-listing.

It believes the current boom in online alcohol purchasing will add to longer-term trends of premiumisation in the alcoholic beverage market and increased consumer spend on food and drink subscription services to boost its own subscription-based model.

Since the 2013 deal, management has looked to shift its customer base from its Wine Plan subscription scheme to its WineBank offering. WineBank, now the group’s primary subscription scheme, allows customers to save an amount each month at a 20% ‘interest’ rate to spend on the group’s wine – the benefits of which are a lower churn model to enhance revenue per customer.

It still offers its Wine Plan model delivering 12-bottle cases, as well as a pay-as-you-go for non-subscribers to introduce new customers.

In total its subscription schemes account for 73% of revenues and it plans to continue building this business through post-float increases in customer recruitment spend, via a range of marketing initiatives.

Notably, it has eyes on expanding away from wine too, having launched a beers and spirits offering last year to tap the boom in craft beer and spirits – a venture it believes it can grow in tandem with its wine subscription service by replicating its wine buying model.

What may benefit investor support for Virgin Wines is that rival online wine supplier Naked Wines – also established by Rowan Gormley – has already effectively given the City ‘proof of concept’ of the potential for such businesses.

Naked, which split from conventional store retail partner Majestic Wine in 2019, saw its share price quadruple since the start of the coronavirus crisis, rising from 215.5p a year ago to a high of 827p this week.

One analyst following Naked said Covid had a significant impact on the payback of new customers, retention rates and shopping frequencies to boost revenues and therefore profitability via scale.

However, he says this effect on online wine buying will be more than a temporary boost: “The bunch of customers they have acquired are not all going to disappear as we’re seeing a fundamental shift in how people are buying their wines.”

He cautions of over-emphasising the read across between Naked and Virgin, given their very different business models. Naked specialises in connecting its ‘angels’ wine buyers with independent winemakers to fund production, while Virgin Wines partners many hundreds of winemakers to curate a variety of wine for customers.

Additionally, Naked’s recent success is owed in part to strong performance in the US, while Virgin is a UK and Ireland-only business with no plans to expand.

The online wine space is also rather fragmented, with other players including Majestic, Laithwaites, The Wine Society, Berry Bros & Rudd and many more specialist independents.

However, these are not the real competition for online players. The real market share gains are to be made from the supermarket domination of the off-trade – estimated at more than 75% of the market.

With an estimated market of £2.4bn for off-trade wine specialists, there’s plenty of glasses to share around – even when the restaurants and bars reopen.