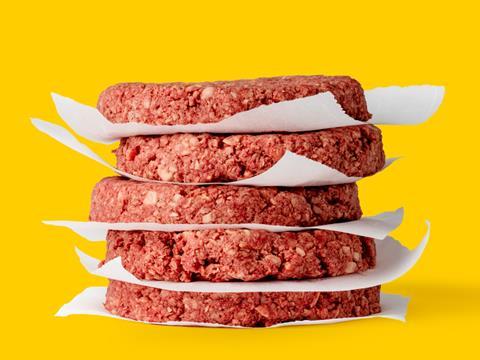 Almost a quarter of respondents worldwide thought meat-free burgers would taste the same as beefburgers, falling to 9% among Brits

British consumers are some of the most reluctant to give up meat amid the boom in plant-based, according to new research released today.

A survey by consumer insight specialist Streetbees polled consumers from six nations, finding Brits were less inclined to give up meat than those in Nigeria, the Philippines, South Africa and India. Only Americans were more sceptical of meat alternatives.

Despite the boom in plant-based, less than a quarter (22%) of UK respondents thought meat should be banned if meat alternatives became “as good as the real thing”. It compares with 52% of Indian consumers in favour of a ban and 21% of US-based respondents.

Questioning almost 2,000 people around the world, the study found those in Asia were most open to giving up meat in favour of plant-based options, with Indian consumers among the most willing (89%) to try meat alternatives such as the Impossible Burger.

Seven in 10 Brits said they would try an Impossible Burger today, compared with a global average of 84%, while fewer than one in 10 British respondents agreed it would taste the same as a meat burger. But this rose to a quarter among under-25s.

In spite of doubt about the taste of the products, almost two thirds (64%) of Brits said they thought meat-free burgers would overtake beefburgers by 2038. However, that level increased to more than 90% of respondents in the Philippines and 77% in Nigeria.

UK consumers were least likely to commit to buying only meat-free burgers if they tasted convincingly like meat, with a third saying they would “definitely” or “probably” make the switch, compared with 40% of Americans and 65% of Filipinos.

The UK and US consistently came bottom of the tables for acceptance of meat alternatives, despite major innovations in the plant-based category with the advent of products like the Beyond Meat portfolio set to hit UK shores this summer.

“The food and beverage industry is being disrupted by the possibilities created by technology and the attitudes of consumers, which are evolving at an unprecedented rate, said CEO of Streetbees Tugce Bulut.

“Brands must pay close attention to the rise of innovations like the Impossible Burger, as they could turn existing markets and supply chains upside down.”