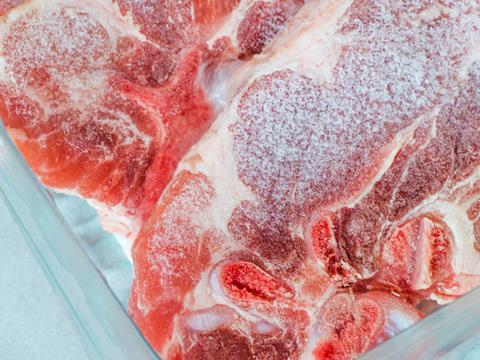 Almost half of Brits are less likely to buy meat if they’re unsure of its provenance, amid concerns import standards could slip after Brexit, according to new research.

In a study of 2,053 UK adults by ComRes on behalf of forensic traceability company Oritain, some 48% of people said they would avoid meat if they could not be sure it had been produced in the UK, with a further 42% placing the risk of food mislabelling among their top concerns for imported food post-Brexit.

The UK imported 39% of its food in 2016, according to the NFU. Of the imports, more than 40% came from the EU or countries with EU trade deals, said Oritain.

The research also found 71% of those surveyed considered it important to know where food was produced, while another 49% said they would pay more for food that had its origin independently verified.

“Shoppers are increasingly looking for assurances of where their food is from and now we’re seeing their trust in imported products waning,” said Oritain CEO Grant Cochrane. “Modern food supply chains are incredibly complex - food can cross multiple borders and pass through many hands before it reaches our shelves. With each exchange the risk of fraud and malpractice increases.”

It comes as food industry bosses hatched plans to stockpile up to six months’ worth of food to avoid border chaos in the case of a no-deal Brexit, while the British Poultry Coucil warned such an outcome could send poultry prices rocketing by up to 25% as its memebership anticupated losing up to 30% of their workforce.