What do US-style feedlots mean for British beef? 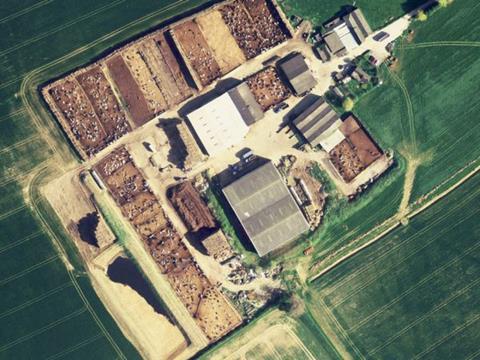 Last week The Guardian claimed industrial-scale beef farming had arrived in the UK. A joint investigation with the Bureau of Investigative Journalism tracked down a dozen ‘feedlots’ operating across England, where thousands of cattle were being reared for supermarket beef in small outdoor pens with little or no access to pasture.

The revelation sparked furious debate over British food standards, with critics concerned these large-scale finishing farms were further evidence of a shift towards intensive US-style farming practices in the UK.

So how do these farms actually compare with US feedlots? What do they mean for Britain’s grass-fed beef claims? And does their existence suggest our farming standards have already been sacrificed at the altar of cheap food?

At first glance, the UK farms highlighted by The Guardian and the Bureau’s investigation certainly look like intensive US beef farms. Drone footage and satellite images show hundreds of cattle crammed into rows of dusty outdoor pens, with barely a blade of grass in sight.

Read more: Will Frankenfoods flood the market in post-Brexit US trade deal?

There are, however, some key differences to the vast feedlots of the US, which can hold up to 85,000 livestock, says Clive Brown, AHDB Beef & Lamb head of Knowledge Exchange, who visited the US two years ago to see its production systems first-hand.

“They are different from American feedlots because in the UK the cattle often tend to be in for a shorter finishing period, whereas in American units the cattle are often there for a much longer time,” he adds. “It is also on a completely different scale. The volume of cattle that is going through some of the units highlighted over 12 months would be similar to the volumes that are in units in America all the time. So a very large unit for the UK might be finishing 2,000 cattle a year, but in America many of the units will have more than 2,000 cattle in at any one time.”

Cattle fattened on these industrial-sized farms in the UK would be fed an intensive, cereal-based diet, admits National Beef Association director Chris Mallon, but that is no different to the feeding regime adopted by smaller, more traditional beef finishing operations, where 20 to 30 cattle are brought into a barn over the winter and fed a mix of forage and cereal.

“Most of the cattle on these farms will have had a grass-based period of their life and then they’ll come in to be finished and fed a more intensive diet. There is nothing unusual in that,” he adds.

This defence does suggest, of course, that the UK’s wider beef sector has become more reliant on grains than its ‘grass-fed’ image suggests - which would undermine some of its justification for eating red meat, warns Richard Young, policy director at the Sustainable Food Trust.

“More than two-thirds of UK farmland is under grass for sound environmental reasons and the major justifications for keeping cattle and eating red meat are that they produce high quality protein and healthy fats from land that is not suitable for growing crops, and make possible fertility-building on mixed farms,” he says.

Read more: How sustainable is that plant-based burger really?

However, both Mallon and Brown insist finishing cattle on a cereal-based diet is more efficient and therefore more environmentally friendly than finishing them on 100% grass diets. “The more efficiently cattle are finished, the lower their carbon footprint,” says Brown.

And while a lot of US producers still use growth hormones or antibiotics in feed, that “wouldn’t be the case” in the UK, where these practices remain banned, says Brown.

Essentially, while they might look like smaller versions of US feedlots, these huge farms are actually just large versions of traditional UK beef finishing operations, says Mallon. Most are family owned, and have simply “evolved” over time as farmers seek to improve efficiencies and reduce costs.

Critics of intensive farming argue that on this scale the practice still comes with potential environmental and welfare consequences. “When you have that large number of animals together you do bring about pollution issues,” says Young. “There is the potential for slurry and nutrients to get into water courses, and you have greater nitrous oxide and ammonia emissions.”

However, the industry claims larger farms are often better equipped to maintain high environmental and welfare standards than smaller operations. “Because there is a larger scale, there tends to be significant scrutiny and focus on environmental issues and controls,” says Brown. “Large units will also have more dedicated, skilled stockmen to look after the cattle.”

Dan Crossley, executive director of the Food Ethics Council, concedes while “we need to be wary of a rise in unsustainable farm systems that rely on imported cereals and proteins” the scale of a farm alone is not a good judge of how humanely the animals are treated, or how sustainable that farm is.

“Most UK farms are miles away from the huge US-style feedlot picture that has been painted,” he adds. “We mustn’t be complacent, but we should acknowledge that food, farming and environmental standards in the UK are relatively high.”

Importantly, British farmers have no desire to lower those standards, even those running the largest operations, says Mallon. So while the existence of UK ‘feedlots’ might leave some uncomfortable, the biggest threat to our food standards undoubtedly remains cheap imports from the other side of the pond, where intensive farming takes on a different meaning altogether