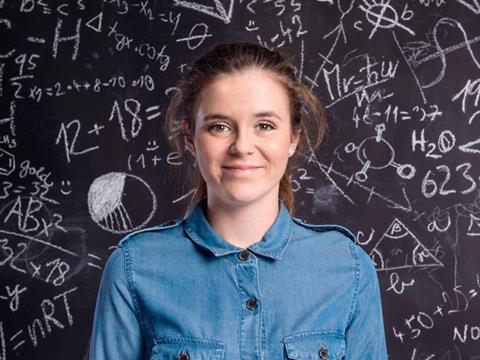 You’re young, you’re bright, you have a degree in physics. Where do you look to start your career?

Oil and gas? Defence? Transportation? Education? Computing? Why not try a move into consulting, IT or even law?

The list of potential employers for physics graduates on careers websites such as Prospects and BrightRecruits is long, but you are hard pressed to find any reference to food & drink.

That’s a problem, says a new report from the Institute of Physics produced in partnership with major food manufacturers such as PepsiCo and Unilever.

Why? Take the growing use of simulation and modelling in manufacturing processes. “New processing equipment is often tested in silico before being trialled in reality, and computational fluid dynamics can be brought to bear on anything from reducing the energy usage of new freezer cabinets to choosing the best design of teabag to enhance flavour infusion,” says Dr Robert Farr, a physicist working for Unilever.

Or coffee brewing. “Coffee beverage manufacturing is replete with problems on the flow of powders, the creation of metastable states and the evolution of foams and colloid structures,” says Dr John Melrose of Jacobs Douwe Egberts.

At the same time, the food industry’s scale, opportunities for career progression and unique challenges should make it a great fit for ambitious physics graduates. “The challenges facing food manufacturers require problem solvers with keen analytical skills – an attribute of trained physicists, for whom food manufacturing can provide many interesting challenges,” says Professor Roger Eccleston of Sheffield Hallam University.

“Physicists are important to innovation in food manufacturing. But they’re under-represented in the sector,” the report warns.

To help address this, the IOP has kicked off efforts to highlight food & drink as an exciting, rewarding career choice for physicists, and to raise the profile of the sector among physics graduates.

But the industry itself can also do much more to attract physicists, the IOP says. Jacobs Douwe Egberts, for example, runs an internship scheme for its R&D department, which it is now looking to broaden to include physics graduates.

“In the course of the IOP’s consultations, it was clearly articulated from industry partners that the future growth of the sector will rely on manufacturers recruiting physicists. [We] would encourage the creation of similar programmes elsewhere where they don’t currently exist, and greater efforts to take on physics students among existing schemes.”

It’s a clear challenge to the food & drink industry: lay the foundations now to widen your talent base, or risk being left behind. It really isn’t rocket science.