Deflation weakens further as prices of fresh food creep up 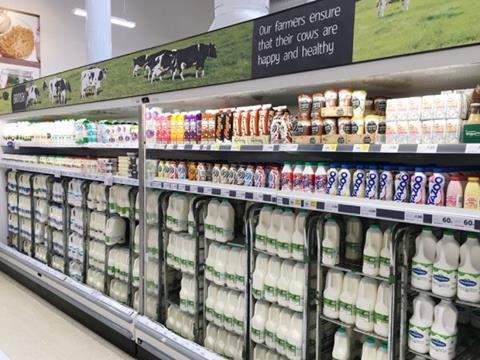 Deflation tumbled to its lowest level since mid-2014 over the Christmas period amid price hikes across fresh food.

The Grocer Price Index, collated by BrandView from more than 60,000 supermarket SKUs, found annual deflation contracted to 0.9% for the month to 1 January 2017, having been at 1.4% in the previous month.

This marked fall in deflationary pressures represented the lowest level of annual deflation since the month to 1 August 2014, when it was 0.6%.

The figure illustrates the effect last year’s vote to leave the EU is beginning to have on food prices: deflation was running at a record 3.1% in the month to 1 June 2016 - the last GPI immediately before the Brexit vote and subsequent collapse in the value of the pound.

Grocery prices remain lower than at Christmas 2015, but last month saw four of the GPI’s 14 categories in annual inflation against only one showing higher year-on-year prices in the previous month.

Price increases on a monthly basis look more significant, with overall month-on-month prices 1.1% higher than in the month to 1 December 2016.

In particular, there is mounting evidence of rising prices across fresh foods categories - most notably in dairy, where month-on-month prices were up 4.1% during the period.

Rising dairy prices are particularly notable as the category has been one of the key drivers of overall deflation in recent times. While still in annual deflation of 1.1% last month, the rate halved from 2.2% last month having been as high as 4.8% in July 2016.

On an individual supermarket level, annual prices have begun to rise at Morrisons for the first month since May 2014, up 1%. Morrisons’ annual price rise is the first seen across the big four since Asda’s prices rose in August 2015.

Tesco was best able to resist inflationary pressures on an annual basis, with its overall prices remaining 1.6% down year on year.

Waitrose, not included in the overall GPI figure, recorded annual deflation of 0.3% - only slightly changed from the 0.2% deflation last month.

Mike Coupe said this week that deflationary pressures were easing, but the future outlook for retail pricing impact remained “uncertain”.

“Our job is to do everything we can to mitigate cost prices within our supply chains and we’ll make sure we put our best foot forward as far as our customers are concerned,” he said.

“Although the currency is devalued, you also get commodity price changes which do have an influence on underlying cost prices and therefore potentially retail prices. So, we’ll see how it plays out over the next period of time.”