Half of businesses say EU nationals planning to leave 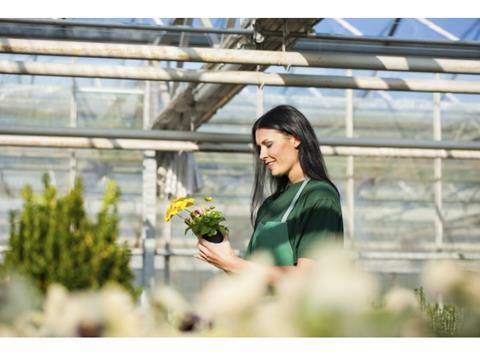 The food and drink sector is particularly exposed to uncertainty among EU workers, according to the new survey

Nearly half of businesses in the food and drink industry say EU nationals they employ are considering leaving the UK because of Brexit, according to a major new survey.

Trade bodies from across the £110bn sector today warned of an “irreversible exit” of resources that would leave the industry with lasting economic damage.

The survey, called Breaking the Chain, found the sector was particularly exposed to uncertainty among EU workers, 20% of two million EU workers across the economy, who are employed across the food and drink supply chain.

Co-ordinated by the Food and Drink Federation, it found 47% of businesses surveyed said EU nationals were considering leaving the UK due to uncertainty surrounding their future.

More than a third (36%) of businesses surveyed said they would become unviable if they had no access to EU workers.

Meanwhile almost a third of those surveyed (31%) said they had seen EU nationals leave since the EU referendum last year.

The study also found 17% of companies said they would look to relocate overseas if they had no access to EU nationals.

Almost three-quarters (73%) of respondents said EU workers were concerned about their right to remain in the UK. Meanwhile 70% of respondents faced challenges when trying to recruit permanent employees locally, and 63% said the same for seasonal/temporary positions.

The trade bodies, also including the BRC and the NFU, called for short-term action including legislation to secure the rights of EEA nationals currently in the UK, and recognising the strategic importance of the food and drink supply chain.

But they also called for longer-term measures to ensure a workforce shortage and skills gap did not see the industry plunge over an employment “cliff edge”. Building an attractive and effective migration system, increasing efficiency through adequate Home Office resourcing, and allowing the benefits system to make flexible working easier were all part of the recommendations of the report.

Ian Wright, FDF director general, said: “The UK food and drink supply chain ensures consumers have access to the safe, affordable and delicious range of food and drink they have come to expect. Food is a matter of national security, so the results of this report are of central concern to businesses across the ‘farm to fork’ industries.

“It is only a matter of time before the uncertainty reported by businesses results in an irreversible exit of EU workers from these shores. This is a scenario that will hurt the UK culturally and economically.”

Andrew Opie, BRC director of food and sustainability, added: “An abrupt reduction in the number of EU workers eligible to work in the UK after Brexit would result in significant disruption for the entire food supply chain, with consequences for the availability and price of UK goods for consumers.

“EU workers are key to getting British food on our shelves; from producing food, through transport to colleagues in store, they are vital in providing the service and quality British consumers demand.”