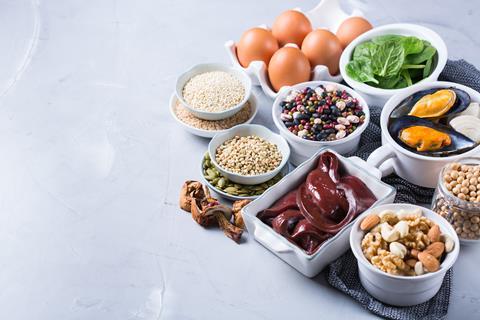 I have lost count of all the headline stories reporting that livestock farming is an environmental disaster.

You know the script. A team of researchers at some respected university has calculated that the carbon footprint of animal foods is unsustainably heavy.

With our current forelock-tugging attitude to academia, the general public, and even specialist environment and science writers take such statistics at face value because we don’t know how to examine the metrics that underpin them.

Narrow calculations are applied, measurements based on the number of calories supplied, or protein per 100g, water usage and the like. None give a rounded picture.

Now Ty Beal, a nutrition scientist at the Geneva-based Global Alliance for Improved Nutrition, which seeks to help improve diets and nutrition in vulnerable populations across the world, has devised a much more revealing formula.

He ranks foods by their density in the six nutrients that populations commonly lack globally. In descending order, the best choices are: organ meats, such as liver; dark leafy greens; shellfish and fish; meat; eggs; milk and cheese. All are animal foods, bar the greens.

What you can see from Beal’s work is that in terms of satisfying human nutritional needs, animal foods top the league.

Now filling in the picture further, Ryan Katz-Rosene, associate professor, ecological political economy at the University of Ottawa, has cross-referenced Beal’s nutrient ratings of foods with Our World In Data’s greenhouse gas (GHG) data to figure out what the GHG footprint would be to get one-third of our daily recommended intake of iron, zinc, calcium, folate, vitamins A and B12, from various foods.

Applying this metric, livestock foods have a much lighter GHG footprint than most plant foods, as Katz-Rosene explains: “A little bit of organ meat (liver, especially) goes a helluva long way to meeting one’s daily nutrient requirements and can do so at much less of a carbon footprint.”

Applying this nutrient density metric, even pulses are second best in class to meat.

This is such interesting science, genuine enquiry. It has been tiresome to see how the animal versus plant debate has been hindered by facile statistical measures that bear an inbuilt ideological bias. What a breath of fresh air!