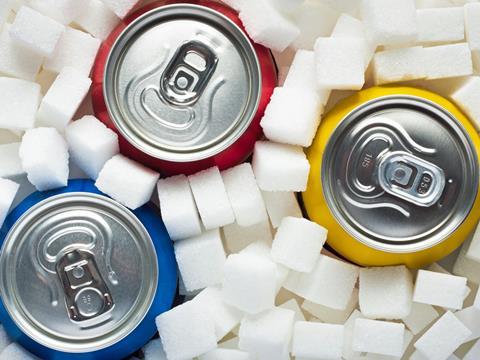 Mayor of London Sadiq Khan has pushed ahead with plans to ban advertising for foods high in fat, sugar and salt (HFSS) from the Transport for London network.

Khan announced today the ban would come into force in February, following a public consultation launched in May which he said found “overwhelming” support from Londoners for the move.

Under the ban products including sugary drinks, burgers, chocolate bars and salted nuts will be prevented from advertising on all modes of transport controlled by TfL, including the Underground, Overground, London buses, TfL Rail, trams and river services.

It will also mean food and drink brands, restaurants, takeaways and delivery services will only be able to place adverts which promote their healthier products, rather than publicising their overall brand.

Advertising groups reacted angrily to the proposals which come as the Department of Health lines up a consultation on further advertising restrictions of HFSS food across the UK, including the possibility of a 9pm watershed on all HFSS ads.

“Child obesity is putting the lives of young Londoners at risk and placing huge pressure on our already strained health service,” Sadiq Khan said. “It is absolutely imperative that we take tough action against this ticking time bomb now, and reducing exposure to junk food advertising has a role to play in this - not just for children, but parents, families and carers who buy food and prepare meals.

“It’s clear that advertising plays a huge part in the choices we make, whether we realise it or not, and Londoners have shown overwhelming support for a ban on adverts for junk food and drink on our transport network.

“It’s completely unacceptable that in a city as prosperous as London, where you live and the amount you earn can have a massive impact on whether you have access to healthy, nutritious food. I’m determined to change this.”

Read more: Plans for a HFSS promo ban will have enormous implications

The move has been backed by celebrity chef turned health campaigner Jamie Oliver. “This is an amazing move from the Mayor and TfL, and they’ve got overwhelming support from Londoners who’ve said loud and clear they want a transport system with healthier ads and messages,” he said.

Fellow chef and campaigner Hugh Fearnley-Whittingstall added: “When it comes to tackling childhood obesity, we need to pull all the levers possible, which is why I’m delighted to hear that not only are the Mayor of London and TFL removing junk food ads on their network, but they’re actually going to promote vegetables instead. This is a real victory for veg. Let’s hope TFL paves the way for others to follow.”

However Stephen Woodford, chief executive of the Advertising Association, said: “There is no clear evidence that a ban on high fat, salt and sugar advertising on the TfL out-of-home estate will have a positive effect on reducing childhood obesity rates in London.

“We all want to see rates of childhood obesity dropping but believe there are far better ways to achieve this goal.

“Not only will this measure fail to achieve the end goal of reducing childhood obesity, it will also damage businesses in our capital and reduce TfL’s income from advertising, with the potential of putting increased pressure on commuters through higher fares.

“At the same time, it is missing the opportunity of using advertising’s support to solve the problem in a more effective way.”

Justin Cochrane, chairman of outdoor advertising body Outsmart, said: “This is a missed opportunity by the Mayor. These proposals are unlikely to work as they are based on flawed data and are not supported by Londoners. To truly tackle the issue of childhood obesity requires a holistic plan that carries the full support of Londoners.

“For months, the advertising industry has been urging the Mayor to sit down with us and discuss how we could work together on a bigger, more ambitious plan to combat childhood obesity without harming TfL revenues. Unfortunately, he has chosen not to listen.”