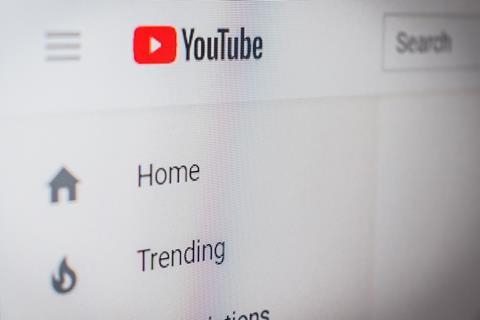 Asda, Lidl and M&S are among food companies found to have been breaking new rules for advertising ‘junk’ food on websites aimed at children, in a probe by advertising watchdogs.

The Advertising Standards Authority today published the results of a “compliance sweep” in the run-up to Christmas, which used so-called ‘Avatar’ monitoring technology to identify ads for food and soft drink products high in fat, salt or sugar on children’s websites and YouTube channels.

Kellogg’s, KP Snacks and Pringles were also among those named as breaching the rules along with out-of-home giants KFC and McDonald’s. A particular problem was identified on YouTube, which has been hauled in for talks.

It emerged the brands had been contacted by the Committee of Advertising Practice (CAP) to take immediate steps to ensure that the ads identified would no longer appear.

They have also been quizzed over the mechanisms they had in place to ensure their ads complied with the rules in future. The CAP has also met with YouTube to try to ensure no repeat.

The Avatar monitoring, which mimicked the online profile of children to identify ads served up to youngsters online, found that 2.3% of the 41,030 ads served to child Avatars across general interest and youth interest websites and YouTube channels were for HFSS products.

The ASA said in general, brands had been sticking to the advertising rules when it comes to HFSS products on websites. Over a two-week monitoring period in the run-up to Christmas 2018, the probe captured information on online display ads that appeared on 210 websites and 87 YouTube channels in non-logged-in environments.

The watchdog said the monitoring exercise did not identify “any clear evidence” of HFSS advertisers “actively targeting” children, or targeting children under 12 through use of celebrities or licensed characters popular with children or promotions, another element of its 2017 tightening of regulations.

“The problematic ads we found were relatively few in number, compared to the total served, but we’ll take action in respect of any ad for high fat, salt or sugar food and soft drinks which is found to be directed inappropriately at children. We’ll be following up with similar compliance sweeps in the future.

James Barge, director of public policy at advertisers body ISBA, said: “At a time when the advertising of food high in fat, sugar and salt is high on the political agenda, it is important to note that the ASA did not find evidence of brands seeking to target children or the misuse of celebrities or licensed characters.

“We support the ASA in seeking to strengthen their regulation of online advertising and would urge them to further understand the measures and exclusions responsible advertisers have in place and work with them to understand how they are being applied.”