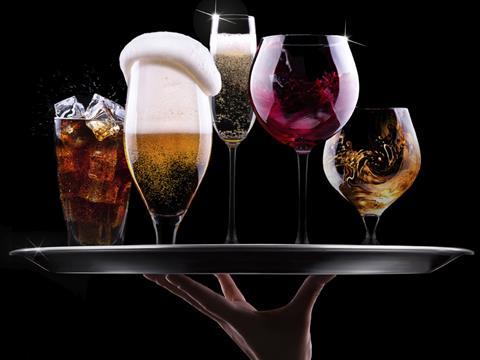 The Department of Health’s claim that the industry has smashed its pledge to remove a billion units of alcohol units from the market two years early is flawed and should be withdrawn, according to a report published in the BMJ.

Dr John Holmes, senior research fellow in the Sheffield Alcohol Research Group, says that a closer look at the analyses and data that underpin the claim suggests the data may be “unfit for purpose.”

Holmes believes that up to 870 million of the 1.3 billion units removed from the market were accounted for by changes to the way HMRC recorded beer data, rather than the pledges themselves.

Holmes is a leading campaigner in favour of minimum pricing, and has previously acted as an adviser to the government on alcohol strategy. As a result of his finding, he has called for ministers to withdraw their findings and publish a reviewed set of targets.

The billion unit pledge committed signatories-including 33 alcohol suppliers, retailers and trade bodies, to “remove one billion units of alcohol sold annually from the market by December 2015.

In December last year the DH published figures claiming that 1.3 billion units had been removed from the market as a result of the pledge between 2011 and 2013.

The report also claims the use of HM Revenue and Customs (HMRC) excise duty (alcohol tax) data to calculate the impact of the pledges would not have provided accurate figures on the number of alcohol units in the market for wine and cider.

The report adds the figures used have huge discrepancies because of limited information on alcohol sold by discounters and the exclusion of sales in Northern Ireland and says they are based on unproven assumptions about the impact of people switching to lower alcohol alternatives, as well as not taking into account the reduction in tax on booze.

“We recommend the billion unit target is abandoned in favour of measurable alternatives,” it concludes.

The claims were slammed today by industry body the Portman Group.

“This is just another poorly-evidenced article written by a research group with clear campaigning objectives, and published by the BMJ – a journal with a growing reputation for inaccuracy and insinuation,” said a spokeswoman. “By working in partnership with government, the drinks industry has reduced the strength of well-known brands, introduced new lower-strength products and limited the number of units of alcohol in single serve cans,” she added.

“This kind of innovation is a win for consumer choice, a win for public health and has resulted in 1.3 billion units being removed from the UK market – a fact verified by the Department of Health.

“We have to start questioning the motives of those who are so desperate to challenge official government statistics and undermine the positive action being taken to improve public health.”

Miles Beale, chief executive of the Wine and Spirit Trade Association also accused health lobbyists of having a political agenda.

“It’s disappointing that the public health lobbyists have again spurned an opportunity to achieve public health goals through joint working with industry and government. It is no surprise that, rather than praise the industry for the good work it has done in taking over one billion units out of the UK market their latest production summarily dismisses a goal many of them helped set. And which has been achieved a year early.

“Thanks to the voluntary efforts of progressive industry, there are more low alcohol products on the shelves than ever before, giving consumers greater choice, and some of the UK’s most iconic brands have seen reductions in strength.

“You have to question the motives and credibility of critics who refuse to countenance any other policy that ones they propose, especially in the face of welcome, surprising progress that has exceeded all fair expectations. We can only hope for a change in their approach.”

A Department of Health Spokesperson said: “The fact 1.3 billion units of alcohol have successfully been removed from the market is a promising step for public health. By working with industry, this was achieved two years earlier than planned.

“Our figures on progress against the pledge used the most accurate data available at the time although this is kept constantly under review.

“We are committed to making people more aware of the damaging effects of harmful drinking and there are signs that progress is being made. More lower strength wines and beers are appearing as the norm in pubs and bars across England and binge drinking in young adults under 25 has been falling consistently.”

The DH also tell The Grocer that the 1.3 billion figure is backed up by official Government statistics with the claims that since 2010, the UK has seen