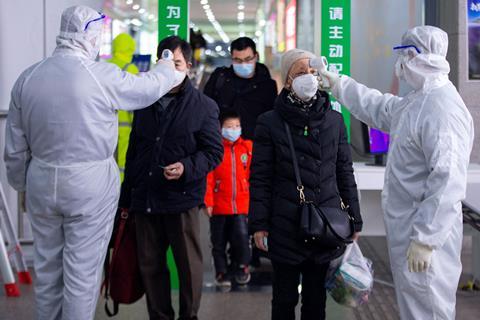 Industry leaders have criticised the government for failing to help retailers prepare for a possible major outbreak of coronavirus in the UK.

The BRC told The Grocer the virus was a “significant risk” to British retailers. It called for a similar response to the emergency plan drawn up in 2011, amid fears of a possible influenza pandemic.

Retailers have been fielding concerns from staff, including questions over using face masks, to try to protect themselves from the disease and to stop it spreading.

Meanwhile The Grocer understands supermarkets have also been carrying out extra cleaning of stores and have increased supplies of antibacterial hand gel.

But Andrew Opie, BRC head of food and sustainability, said there had been “very little” official advice, with no specific plan to turn to.

“We are fielding calls from retailers wanting to know what advice they should be giving to staff and what precautions they should be carrying out,” he said. “For example, staff are asking whether they should be wearing masks in store.

“We’re calling on the government, both the FSA and DH, to produce more guidance for retailers. Nothing has been issued apart from general advice and we would like specific advice that businesses can refer to.

Opie added: “It is in real contrast to the detailed planning that was in place in 2011. This is the sort of thing we need now for coronavirus, so retailers could build on the resilience planning most large businesses would already have.”

The 2011 advice called for businesses to “adopt robust and flexible generic business continuity management arrangements” to help minimise the disruption caused by a flu outbreak.

It was directed mainly at large and medium-sized businesses, but also at small companies.

Its checklist called on retailers to identify a pandemic co-ordinator and/or team with defined roles and responsibilities for preparedness and response planning.

Businesses were urged to identify the critical activities undertaken by their companies that would have to continue during a pandemic.

The BRC has posted links to the latest advice on coronavirus from the WHO and NHS Choices. A Public Health England spokeswoman said: “Guidance has been given to affected businesses throughout this evolving situation, and further guidance for business will be issued shortly.”