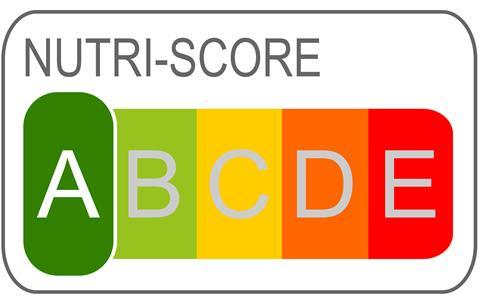 Health campaigners have joined forces with leading suppliers to call for the government to ditch the UK’s front-of-pack traffic light system in favour of France’s Nutri-Score system.

The National Obesity Forum, which has previously called for mandatory front-of-pack traffic lights, said it had decided the alternative system, considered as part of a consultation under Boris Johnson’s recently announced obesity strategy, was superior.

The industry has been given until the end of October to response to the consultation, with Nutri-Score flagged up as one of two models being considered, also including a more draconian Chilean-style system using front-of-pack warnings on products high in fat, salt or sugar.

Launched in 2017, the system grades foods from A to E according to their overall nutritional quality, and has since been adopted by Belgium, Spain and Portugal.

“Too much of traffic lights is about red lights and telling people what they shouldn’t eat whereas Nutri-Score points consumers in a positive direction. It is very basic and doesn’t actually have the names of specific nutrients. But I believe Nutri-score knocks the traffic lights system into a cocked hat.”

Suppliers including Nestlé and Danone are also urging the government to switch to Nutri-Score in their responses to the consultation.

A Nestlé spokeswoman said: “We look forward to working with government and help inform any future improvements to the front-of-pack labelling in UK to ensure labels are most effective at informing healthier choices.

“Nestlé in Europe is advocating for a mandatory front-of-pack nutrition label and is supporting the adoption of Nutri-Score. We are encouraged to see it is one of the options the Department of Health is consulting on.”