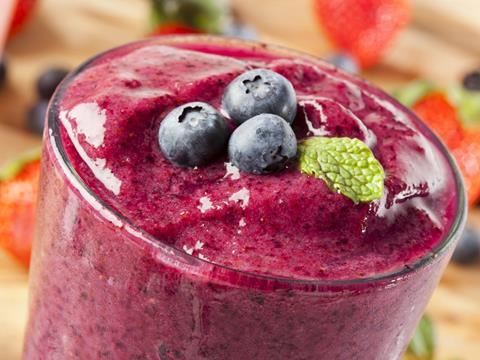 Public Health England this week urged dairy and fruit juice companies to agree to slash levels of sugar, or face the possibility of an extension of the soft drinks sugar levy in 2020.

Talks began on Monday with over 40 trade bodies, retailers, manufacturers and campaign groups over adding the two categories to the war on sugar. Milkshakes, flavoured coffees, yoghurt drinks, juices and smoothies will be among the products expected to reduce sugar.

As well as milk-based drinks and fruit and veg juices, this will also cover smoothies containing no added sugar.

The talks, which will go on into the autumn, follow anger from campaigners and opposition MPs that dairy and fruit juice products high in sugar were excluded from the sugar levy.

PHE said it now planned to publish targets for the dairy and fruit juice sectors by the end of this year. A spokesman said: “The Treasury, as part of its review of the levy, will be looking at it again in 2020/21. If it considers that these sectors have not gone far enough, then they could be brought under the levy.”

Dr Alison Tedstone, PHE’s chief nutritionist, said the meetings were being held because a third of children leave primary school overweight or obese and a similar proportion suffer from tooth decay.

Tedstone said: “It was encouraging to see so many companies around the table and we are pleased with the open nature of the meeting. Some very useful and insightful discussions took place that will help to us develop our work on these drinks categories further.

“We reiterated that the door remains open over the summer for further engagement. We especially hope more of the companies from the out of home sector reach out over the next couple of months.”