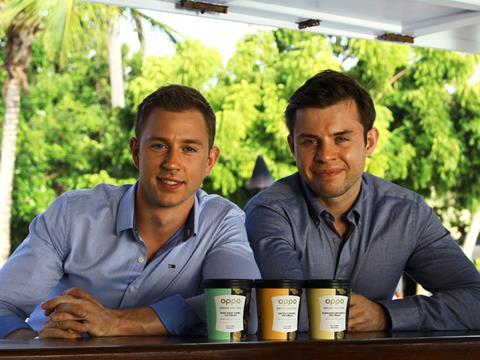 Campaigners are calling on the government to slash the rate of VAT on healthy food, rather than resort to measures such as the sugar tax.

The YouGov poll, found the situation was even worse for 18 to 34-year-olds, with 40% saying healthy alternatives were too expensive for them to afford.

It reported 68% of Brits overall found healthy food and drink more expensive than products not marked as healthy.

In a statement Charlie and Harry Thuillier, owners of ice cream company Oppo and co-founders of the #DontTaxHealthy campaign, which commissioned the poll, said: “It’s ridiculous that British people are being taxed for making healthy food choices at a time when obesity and Type 2 diabetes are costing the NHS £16bn per year. The government recently announced its Sugar Strategy however it didn’t provide any real, tangible solutions.”

#DontTaxHealthy is petitioning the government to cut VAT to the reduced rate of 5% on all lower-sugar food and drink.

The group said it believed ministers should incentivise consumers by making the products cheaper and more accessible, adding that lower-sugar alternatives should “not be reserved for wealthy deli and health food store shoppers but at a price point that is accessible for everyone.”

Rend Platings, campaign co-founder and CEO of Sugarwise, said: “For too long healthy low-sugar options have only been an option for the privileged few. This petition will make a serious difference to the availability and affordability of lower-sugar products. This in turn will incentivise manufacturers to continue innovating so they can reduce their sugar content and will encourage retailers to stock these healthier products on their shelves. More shoppers across the UK will be able to afford to purchase healthier products.”

Tam Fry, spokesman for the National Obesity Forum, added: “Both the food & drink industry and the UK government have a responsibility to encourage, rather than deter, healthier choices. The research released by #DontTaxHealthy clearly shows that shoppers in the UK find healthy food and drink more expensive. Price acts as a barrier to healthier purchases. We need to remove this.”