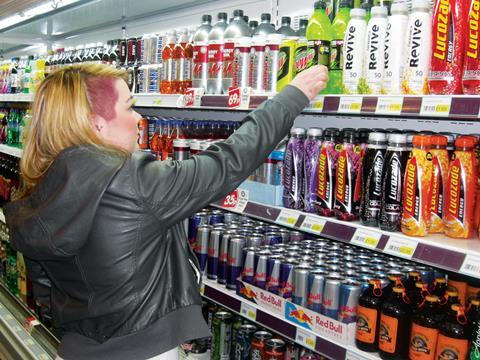 The government has been urged to commission new research into the impact of energy drinks on children, after a report by MPs found existing evidence was not enough to justify its plans for a statutory ban on sales to kids.

The House of Commons Science & Technology Committee’s report, out today (4 December), says more proof is needed to establish whether energy drinks have any more harmful effects than other soft drinks containing caffeine, for the sake of “evidence-based decision-making”.

However, despite producing their second report in the space of 12 weeks to find major flaws in the evidence for a ban, MPs concluded that societal concerns alone “could justify” a ban on the sale of energy drinks to children.

The committee’s inquiry was launched after research showed that young people in the UK are the biggest consumers of energy drinks in Europe for their age group.

It concluded that the existing quantitative evidence alone was not sufficient to justify a statutory ban, despite the government having already consulted on plans for a ban which could yet apply to all under-18s or all under-16s.

But it said it “might be legitimate for the government to implement a statutory ban based on societal concerns and qualitative evidence, such as the experience of school teachers”.

“Although the committee feels there is not enough scientific evidence alone to support a blanket ban, we support voluntary bans by retailers - many of whom have recognised the negative impact associated with such products,” said committee chair Norman Lamb MP.

“The government needs to commission independent research to see whether energy drinks are more harmful than other soft drinks.”

He added: “It’s clear from the evidence we received that disadvantaged children are consuming energy drinks at a higher rate than their peers.

“It would be legitimate for the government to go beyond the evidence that is available at the moment and implement a statutory ban based on societal concerns and evidence, such as the experience of school teachers and pupils. If the government decides to introduce a ban it should explain why it has come to this decision.”

The new report is the latest to throw huge doubt on the science behind a ban.

In October The Grocer exclusively revealed a report by government health experts had found little evidence energy drinks pose more of a threat to children than tea, coffee, cola and chocolate.

The paper for the Committee on Toxicity, which provides advice to the Department of Health and the Food Standards Agency on the toxicity of chemicals in food and drink, said claims made over the worst impacts of the drinks were difficult to differentiate from normal teenage behaviour.

“The British Soft Drinks Association supported the voluntary ban on the sale of energy drinks to under-16s by retailers as it is in line with our long-standing code of practice, so naturally we welcome the committee’s endorsement of this approach,” said BSDA director general Gavin Partington.

“Our members do not market or promote energy drinks to under-16s, nor do they sample products with this age group. In addition, energy drinks carry an advisory note stating ‘Not recommended for children’.”

He added: “It is worth noting the Committee found that the current quantitative evidence alone is not sufficient to warrant a statutory ban. The BSDA is committed to supporting the responsible sale of energy drinks and is keen to work with governments and retailers to achieve this - in line with and in the spirit of our own code of practice.”

“EDE also welcomes the committee’s recommendation to reform caffeine labelling for all food and beverage products. EDE again reiterates that portion control, of all foods and beverages, is the most efficient way of reducing obesity in all ages.”