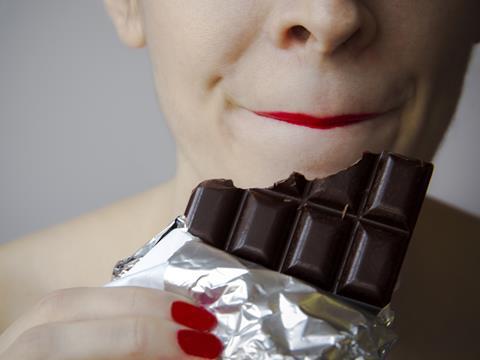 Sectors including biscuits, chocolate confectionery and puddings either failed to reduce the average sugar content at all or saw it increase

The food and drink industry has failed to hit Public Health England’s sugar reduction target for the first year of its voluntary reformulation programme. Campaigners have claimed the government should now resort to regulation and an extension of the sugar levy to go beyond soft drinks.

Figures released by PHE today showed there had been an overall 2% reduction in sugar from a 2015 baseline, well short of the 5% target for the first year of the programme set in March last year.

The government’s health experts were also unable to come up with reliable data to show whether the out of home sector was doing anything to reduce sugar consumption, despite the average foods in the sector containing more than twice as many calories as their supermarket equivalents.

PHE, which is seeking a reduction in sugar content across all sectors of 20% by 2020, claimed today’s landmark first measurement showed there had been an “encouraging start” to its programme.

It recorded reductions in sugar levels in five out of the eight food categories where progress had been measured. Yoghurts and fromage frais (-6%) breakfast cereals (-5%), plus sweet spreads and sauces (-5%) all hit or exceeded the target of a 5% fall in sugar per 100g across the period.

However, other sectors including biscuits (0%), chocolate confectionery (0%) and puddings (+1%) either failed to reduce the average sugar content at all or saw it increase.

Leading industry sources fear a huge public and media backlash at the figures, with PHE publishing a raft of tables which it said had in effect “named and shamed” retailers and manufacturers.

One chart shows how the industry has increased the amount of sugar in chocolate confectionery by nearly 8,000 tonnes in the first year of the programme. Health campaigners have called for it to be the next category to be hit by the sugar tax, along with other measures to crack down on HFSS food marketing.

But PHE is also facing a backlash over the gaps in its data.

It said due to limitations with the data available from provider Kantar Worldpanel it had failed to come up with a measurement of progress in the cakes and morning goods categories. It also had no way of showing how discounters Aldi and Lidl had compared with other retailers and brands in cutting sugar, because of a lack of baseline data. PHE insisted that both areas were now being monitored more accurately and would feature in its next report, due in April 2019.

However, by far the biggest gap was when it came to the out-of-home sector.

The Grocer exclusively revealed in March last year that PHE had encountered a “wall of silence” from OOH companies as it tried to get the voluntary reformulation programme off the ground.

Today PHE admitted that because of the lack of data and because it changed its data provider part-way through the process, it was not possible to report on progress at all for the sector and no figures would be available until at least spring 2019.

That was despite today’s report revealing that on the information that had come to light, portion sizes and calorie intake from a vast range of products were more than twice that of the average in other sectors in OOH, including products such as biscuits, ice creams and puddings.

PHE chief nutritionist Dr Alison Tedstone said the OOH sector was facing a public health “crisis” and needed to step up its efforts.

“From the information we have, a lot of the portion sizes in this sector are massive,” she explained. “More than double that in other sectors. We are starting to see commitment from some of the biggest suppliers but it’s obviously a key area of concern for us.”

The information black hole has heightened calls for a more draconian clampdown on the OOH sector, which many in the industry say is fundamental to creating a level playing field with supermarkets and manufacturers.

National Obesity Forum spokesman Tam Fry said the report proved the OOH sector was a “runaway juggernaut”, which was “out of control”.

“The sector is riding a coach and horses through everything the government and other parts of the industry has been trying to do to reduce sugar consumption,” he said. “We are at a new crisis point with OOH. It just does what the hell it wants.”

“The out of home sector must show a greater commitment to engaging with this programme,” added Tim Rycroft, FDF director of corporate affairs. “In many categories, the calorie content per portion of food served in cafés, coffee shops and restaurants is almost double that of manufacturers and retailers - this is at a time when 25% of total calorie consumption takes place outside the home.”

Kawther Hashem, nutritionist at Action on Sugar said: “Whilst we welcome PHE’s first assessment of progress on the government’s sugar reduction programme, it’s evident that much more must be done - particularly on biscuits, chocolate confectionery, puddings and the large portions of high-sugar products sold in the out of home sector.

“It’s unfair and ridiculous that the out of home sector products are not being reformulated to the same extent. Much stricter measures need to be in place to ensure progress is being made by the food industry and that the 20% sugar reduction target is met.”

PHE’s figures showed products included in the levy saw sugar levels per 100ml fall by 11% from 2015 to 2017, far more than products in the voluntary programme. There was also a shift in volume sales towards products with sugar levels below 5g per 100ml.

Tedstone said PHE was “holding fire” on whether it would call for an extension of the tax, until next year’s results were out.

She added: “No doubt some of the industry will say that the publishing of these figures is very bad and that we are naming and shaming them. But it could be that some of that is coming from those who have done quite badly in the tables.

“We always knew the first year of the programme was going to be difficult but we are quite determined to be transparent throughout this process.

“We may not have hit the 5% target for the industry as a whole but congratulations to those sectors that have and I believe the programme has served to galvanise action and many positive things have come out of it already.”