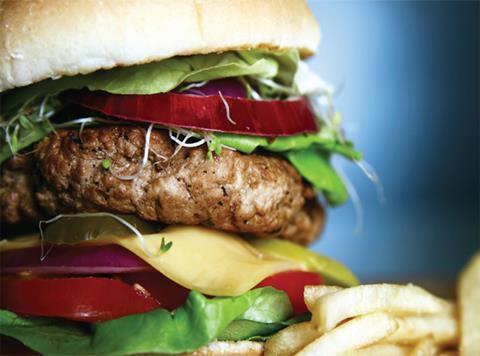 Food Standards Scotland yesterday agreed to a range of proposals for anti-obesity regulation, including taxation of added-sugar drinks, new laws on portion sizes of HFSS foods and a clampdown on promotions of junk food.

It claimed that voluntary moves such as the Responsibility Deal had failed to achieve the desired progress and warned that unless the Scottish government took action, a “staggering” 40% of the population of the country would face obesity by 2030.

A report to yesterday’s meeting said Scotland was at “a crossroads” in the fight against obesity.

“New approaches to improve the food and drink environment such as the use of taxation and regulation, to at least create a level playing field, should now be considered,” it added.

“On the basis of a lack of progress based on voluntary measures, it would appear that regulation may be warranted.”

“There can be few in any doubt now as to the gravity of the health time-bomb related to poor diet and obesity facing our nation,” said Ross Finnie, chair of FSS.

“We know that in Mexico, a 10% tax reduced the purchase of sugar-sweetened soft drinks by 12%. Individual responsibility around food choices, exercise and activity levels remain important, but this cannot be left to individuals alone.

“It’s key that industry plays its part in finding solutions, which is why we accepted the suggestion of giving manufacturers and retailers 12 months in which to come up with an alternative acceptable solution to a sugar tax, and to propose action when it comes to re-weighting promotion of foods in favour of healthier options.

But there should be no doubt that we are committed to improving dietary outcomes in Scotland, so if industry proposals fall short, we believe we should actively pursue other avenues, including taxation.”

However, despite its proposals, the board paper admits that the FSS may be hamstrung in many of its plans, including a sugar tax, because they would not fall under the Scottish government’s devolved powers.

“While we recognise that taxation is currently a reserved matter, this paper still proposes that there should be consideration of creation of a price differential through taxing sugar as an ingredient in food,” says the report.

“As the mechanism for taxation is as yet unclear, we would encourage SG to raise this matter with the UK government.”

In October, Public Health England called on the UK government to bring in a tax on added-sugar drinks, which, like the latest FSS plans, also called for regulation on promotions and advertising.