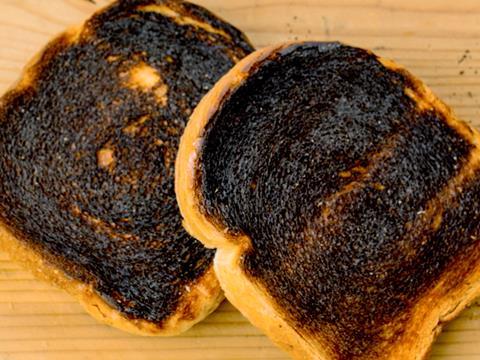 Consumers could be exposed to higher levels of cancer-causing acrylamide than previously thought because they don’t stick to manufacturer instructions when preparing food.

New research published by the FSA this week warned consumer awareness of acrylamide was low and cooking instructions designed to lower exposure to it were rarely followed. That meant current estimates of consumer acrylamide intake were likely to be inaccurate for some.

To get an indication of actual intake levels, researchers observed how consumers cooked potato products and toast at home, as well as how they stored them.

“Research has tended to use data from dietary surveys to model typical consumer diets, with manufacturer cooking instructions then used as a proxy for cooking practices on the foods sampled,” the report said. “This study clearly indicates that domestic cooking of potatoes (and potato products) bears little resemblance to preparing food in a laboratory in accordance with manufacturers’ cooking instructions,” the report added.

Acrylamide forms naturally when high-starch foods, such as bread, potatoes, cereals and meat, are cooked at high temperatures. It has been linked to a higher risk of cancer.

In a separate report on acrylamide, FSA chief scientific adviser Guy Poppy said GM technology could play a key role in protecting consumers. Efforts were under way to develop new crop varieties that naturally produce less acrylamide but this would take a long time if conventional breeding was used, he said.

“Interestingly, this process could be potentially quicker in countries where genetic modification (GM) can be used to accelerate varietal development,” Poppy added, as a low-acrylamide potato had recently been developed and declared safe in the US.