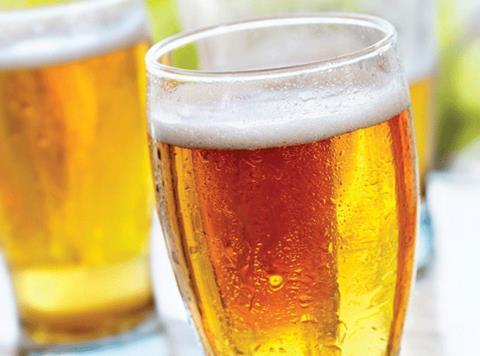 Reports that the government was set to water down its alcohol consumption guidelines have proved only partially true, with ministers being accused of sticking by the “nanny state proposals” put up by the UK’s chief medical officers.

The government’s official response to the consultation on new guidelines, which came in in January, has seen it stick with the recommended weekly unit intake of 14 units for both men and women, despite industry anger over the move to put both sexes on the same footing.

And while some of the wording has been changed, angry industry groups said the final position still “failed the common sense test.”

The government has taken out some of the more extreme wording of the recommendation, including the CMOs’ claim that the risk of developing a host of illnesses including cancer increases with every drink.

This has been changed to the risk increasing “the more you drink on a regular basis.”

The guidance also tones down advice to “avoid risky places and activities”, instead saying that people should “plan ahead to avoid problems.”

A statement by the Portman Group said: “Although the CMOs have provided much-needed clarity that responsible drinking carries a level of risk no greater than other day-to-day activities, it is regrettable that the guidelines still include a reference to the Guidelines Development Group’s view that there is no safe level of drinking.

“This message has been consistently advocated by Guidelines Development Group members with widely-reported temperance interests and ignores international and domestic evidence.

“Placed alongside low risk guidelines it will render the CMOs’ advice confusing and contradictory for consumers.”

BBPA chief executive, Brigid Simmonds, said: “Whilst these revisions have moved away from defining any level of alcohol consumption as fundamentally unsafe, it is disappointing that moderate drinking is not recognised as comparable in risk to many day-to-day activities.

“The guidance fails the ‘common sense test’, and doesn’t provide consumers with a fully objective picture, given that so many studies have shown that moderate drinking can form part of a healthy lifestyle. Ultimately, this makes it harder to engage with consumers to encourage responsible drinking.”