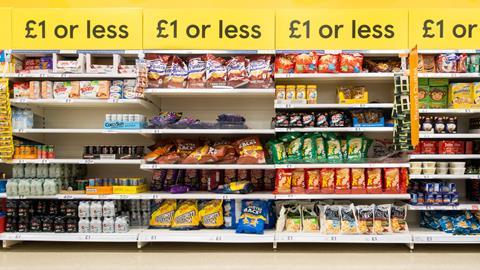 Has Tesco’s obesity strategy set a bar for rivals and suppliers?

As revolts go, the shareholder uprising against Tesco’s record in fighting obesity was quick and painless.

Within a month of being called out by a group of rebel shareholders for its alleged lack of progress and transparency in making products healthier, the UK’s biggest retailer announced a new commitment on reformulation that looks set to see thousands of products delisted over the next four years.

From branding it a laggard, shareholders behind the rebellion were left praising Tesco for its “world-leading commitment” on health.

So how significant are the new commitments, for Tesco, its suppliers, its rivals and for the shareholder activism movement?

Last month’s uprising involved a coalition of institutional investors, including Robeco, JO Hambro, and one of Tesco’s own health charity partners, Guy’s & St Thomas’ Charity, along with more than 100 individual shareholders. They proposed a motion ahead of its AGM in June accusing Tesco of trailing behind other supermarkets in tackling obesity.

In what they claim is the first health-based resolution to hit a FTSE 100 company, they accused Tesco of lacking “any significant commitments or progress” in making its products healthier, despite the deadly link between obesity and Covid.

At the time Tesco defended its record, saying it had already removed more than 50 billion calories from its products since 2018, and would keep the situation “under review”.

That review didn’t take long. The sweeping new commitments announced by CEO Ken Murphy last week include a new aim of 65% of total sales coming from products defined as healthy under the government’s nutrient profiling model by 2025, up from 58% at present.

Tesco says progress will be reported publicly through its existing Little Helps plan, with the next update due in May.

“We are so pleased by the announcement. It looks to be, by some way, a market-leading target Tesco should be proud of,” says Jessica Attard, head of health at ShareAction, the group spearheading the resolution. “We have some questions, for example why Booker Group is not included, and that’s why we have kept the resolution on the table for now.”

It’s “a lot higher” than a target previously set by Sainsbury’s, to increase the percentage of healthier products sold from 41% in 2015 to 45% by 2020, Attard adds. The investor group previously accused Tesco of lagging behind Sainsbury’s, which has also committed to setting further targets to 2040 and reporting biannually from 2021 onward.

Attard says the group will now press the supermarket industry as a whole to launch a new series of commitments on key targets for reformulation, over and above the ongoing Public Heath England voluntary reformulation programme.

“We need a coalition of industry and government to make sure we have a consistent measure of progress and transparency across all supermarkets.

“We really hope that suppliers will respond to this bold move by Tesco and take note. They need to look at their own product portfolios.”

Health campaigners were more circumspect in congratulating Tesco, however.

Children’s Food Campaign director Barbara Crowther welcomed the move, though she added: “Both the Food Foundation’s Plating Up progress report and the Access to Nutrition initiative have assessed Tesco as having a long way to go on supporting access to healthier and more nutritious food, so we’re pleased to see them responding to these assessments.

“We’d like to see more clarity around the ambition to increase overall sales of healthier food and drink from 58% to 65% by 2025, and confirmation of whether this represents sales by value or volume. The latter would be a more meaningful measure of contribution to healthier diets.”

Crowther also points out Tesco has so far failed to achieve PHE’s 20% voluntary sugar reduction targets for most categories of cakes, biscuits, puddings and confectionery, and that in many of those categories it is behind competitors.

But she says: “These measures need leadership within the retail sector, and who better than the largest UK grocer to be at the vanguard of change in national policy as well as retail practice.” 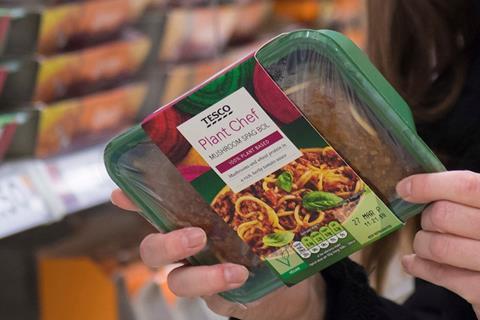 Ironically, Tesco’s acceleration of its reformulation programme comes as supermarket and supplier leaders are desperately fighting to slow down the implementation of a sweeping ban on promotions of HFSS products, as defined by the same nutrient profile model referred to by Murphy in his targets.

The ban is due to come into force in April, both on volume-based deals such as bogofs and all promotions of HFSS SKUs in prominent locations such as aisle ends. The FDF and the BRC have both claimed the timescale is unrealistic given the Covid pandemic.

Still, it appears now a question of when, not if, the ban will come into force. Supermarkets are already preparing their decisions on listings, which are likely to have dramatic consequences for suppliers.

Morrisons group commercial director Andy Atkinson recently warned suppliers it would be ditching HFSS products ahead of the ban, as part of a sweeping reset including more than 170 product categories this year.

Tesco, meanwhile, says it is “supportive” of the government’s clampdown on promotions despite the “complexity” of the changes involved.

And history has shown when Tesco makes a move, such as the one announced by Murphy, the implications for suppliers will be as significant, if not more so, than government regulation.

The reformulation promise has echoes of the commitment by Tesco in 2015 for a 5% year-on-year open-ended reduction across its entire soft drinks range, led by then-soft drinks buying manager David Beardmore. It saw a number of prominent brands delisted and proved to be a precursor for a shift away from sugar – long before the sugar tax.

ShareAction’s Attard believes the precedent set by Tesco’s move could be the start of a new era of shareholder power. She argues environmental, social and governance (ESG) funds, as they are known, have yet to fulfil their potential.

“I think we can expect to see more investors challenge companies to go faster,” she says.

“Investors are a key lever in driving change. We see this as an opportunity for shareholders to add their value to government policy calls, particularly when it comes to levelling the playing field.”

With many questions still to be answered over the government’s future public health policy, it appears supermarkets and their shareholders may for the present have more influence than the politicians.