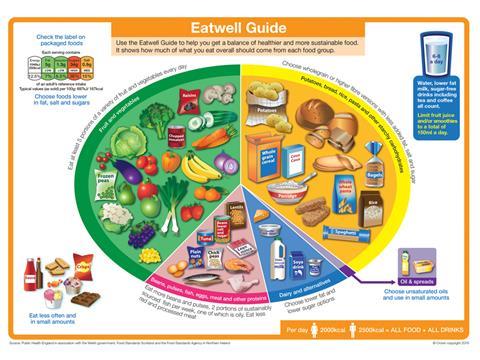 The health lobby today descended into open warfare over whether fat deserves to be treated in the same way as sugar in the fight against obesity.

More than 20 NGOs released a joint statement in support of the revised Eatwell Plate launched by Public Health England.

The groups, including Action on Sugar and the UK Health Forum, said the new guide, which urges consumers to cut down on sugar but remains like the former version largely based on a diet of products including potatoes, bread, rice, pasta or other starchy carbohydrates, was the result of a “comprehensive” review of the evidence.

Yet just two months ago other influential health groups slammed the changes as a “joke” and called for a major rethink on the role of fat in the diet, with one of the founders of Action on Sugar forming a splinter group under the banner “fat is your friend”.

Dr Aseem Malhotra, a consultant cardiologist and senior advisor to the National Obesity Forum, claimed the government had made a huge mistake in its launch of a revised version of the dietary guidance, which came out in March.

However, today saw the backlash from other health groups who warned Malhotra’s claims had left the public increasingly confused about what they should be eating.

The NGO statement endorsed the Eatwell Guide and also welcomes its new messages on sustainability, as well as calling on the government to put in place a comprehensive range of policies to help people meet the new guidelines.

“Studies can sometimes have conflicting advice which leads to public confusion,” said Dr Modi Mwatsama, registered nutritionist and director of policy and global health at the UK Health Forum.

“The role of the Eatwell Guide is to review the evidence as a whole and provide simple messages on how to eat healthily and prevent conditions such as obesity, common cancers and tooth decay.

“The guide is based on thorough reviews of the evidence by the independent Scientific Advisory Committee on Nutrition (SACN) which advises government. Six hundred research papers were included in the carbohydrates and health evidence review which informed the latest revisions to the guide.”

“It is crucial that public health professionals collaborate to reinforce evidenced-based nutrition and health messages to educate the public. Inconsistencies in nutrition advice is confusing and it’s important that the public don’t lose trust in nutrition experts.”

However Dr Malhotra, whose splinter group the Public Health Collaboration, has the support of a long list of medical supporters from the UK and countries such as Australia, New Zealand and the US, including the outspoken American doctor Professor Robert Lustig and the National Obesity Forum, has vowed to continue contesting the Eatwell Plate recommendations.

Malhotra branded advice in the Eatwell Guide a diabetes “timebomb” and urged the government to tell consumers to “bring back the fat” to their diets.

SACN has launched a major review of the evidence surrounding fat but is not expected to report its findings for months.