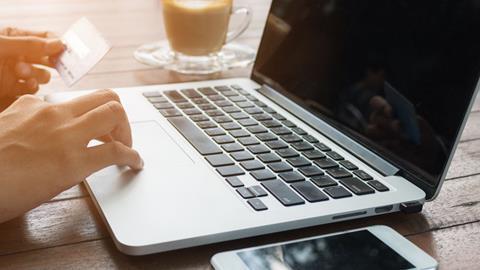 The government has outlined plans for a massive crackdown on HFSS advertising online, as it looks to put Boris Johnson’s obesity strategy into practice.

With ministers kicking off a six-week consultation on the plans today, here is what industry bodies and campaigners think of the proposals.

“It beggars belief that government would launch such an important and technically involved consultation at this time and with just six weeks to respond. The length of the consultation potentially hampers industry’s ability to respond effectively at a time when businesses are facing enormous pressure. It could not come at a worse time for food and drink manufacturers – the industry is preparing for its busiest time of the year and working flat out to keep the nation fed through lockdown, all while facing down the very real threat of a no-deal Brexit.”

“We very much welcome this consultation on whether only healthy food and drink should be advertised online as it gives the opportunity for ministers to hear from the many parents who are frustrated with their children being bombarded with advertising for unhealthy foods.

As the message from the government has been to ‘stay home’ for much of the year in the fight against Covid-19, this will have no doubt vastly increased children’s exposure to such irresponsible marketing, which casts unhealthy products in the spotlight.

It’s therefore vital that a total ban across all online platforms is introduced which would ensure that all loopholes, including paid-for promotions whereby brands are using marketing techniques to push junk food ads, would be firmly closed and help turn the tide on obesity.”

“The government risks clobbering thousands of independent takeaways and restaurants, from fish & chip shops to kebab houses and everything else in between, at a time when many are already reeling. These local businesses do not have multimillion-pound advertising campaigns. For them, social media is their shop window, especially when we’re in and out of lockdown. Removing their ability to advertise on Instagram or Facebook robs them of a crucial way to reach customers, when nobody knows what the future holds and takeaways continue to have a vital role in keeping the nation fed.”

“Oral health is a key indicator of overall health, wellbeing and quality of life and yet unfortunately, tooth decay remains one of the most common non-communicable diseases worldwide. It is therefore imperative that only non-HFSS food and drink products can be marketed and promoted to children across all forms of media – and that must include a total online ban on promotions and advertising.

As the latest figures by the Local Government Association show, nearly 45,000 hospital operations were performed to remove rotten teeth in 2018/19, which is a stark reminder that too much sugar, especially in children’s diets, can have dire consequences. And what’s most concerning is this is all entirely preventable.”

“We welcome this consultation to end online advertising for high fat, salt and sugar products, which would be a world-leading policy to improve children’s health. Online adverts have cast unhealthy food in the starring role for far too long but the evidence is clear – these adverts encourage children to eat more unhealthy products at the expense of healthy food.

“The current regulations are inadequate to protect children. Companies have evaded the rules, exposing the loopholes time and time again. Despite policies intended to protect children from seeing high fat, salt and sugar advertising online, research last year found children were served almost 1,000 junk food adverts in a two-week period. A total end to online high fat, salt and sugar advertising marks a clear and resolute line – it says to industry that if they want to advertise food and drinks, their products need to be healthy. Meanwhile, companies advertising healthier food and drinks have nothing to fear.

“After many years of calling for tighter online advertising regulations on unhealthy food, the Children’s Food Campaign is delighted to respond alongside our alliance members. We look forward to moving one step closer to taking junk food out of the spotlight online and setting the stage for healthier food.”

“An end to online advertising of junk food would be a world-leading protective measure for children’s health and wellbeing and reduce children’s risks of developing diet-related diseases, including cancer, later in life.

“We know from our research that children feel junk food marketing specifically targets them, and those with a higher recall of these adverts are more at risk of being obese. Most brands advertising unhealthy food and drinks before 9pm make a healthier product they could advertise instead, and the food industry should use this as an opportunity to ‘hero’ these healthier products. We look forward to the UK Government bringing forward legislation in the new year which would help reach it’s ambition of halving childhood obesity by 2030 and protect the health of future generations.”

“If this policy of an outright ban goes ahead, it will deal a huge blow to UK advertising at a time when it is reeling from the impact of Covid-19. This consultation has landed just as we have entered another period of lockdown, with all the heightened uncertainty this creates for people and businesses right across the country. Businesses that should be devoting their time and energy to surviving this economically unpredictable situation will now have to devote precious resources to responding to the government and working out whether they will even be able to advertise their products in future.

“To borrow the prime minister’s language, this is not an ‘oven ready’ policy – it is not even half-baked. But it does have all the ingredients of a kick in the teeth for our industry from a government which we believed was interested in prioritising economic growth alongside targeted interventions to support health and wellbeing.”