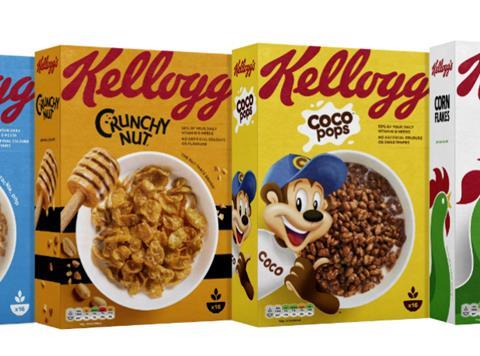 HFSS legislation could be thwarted if Kellogg’s wins

Cereals giant Kellogg’s has told a court it could lose up to £113m in sales if the government’s crackdown on HFSS promotions goes ahead, The Grocer has learned.

High Court documents show it has lodged a three-pronged attempt to torpedo the plans, which experts said could have “huge implications” for the obesity strategy.

The 40-page dossier, seen by The Grocer, claims the HFSS clampdown will cause “very significant damage” to the Kellogg’s business.

From October, HFSS products including cereals will be banned from high-profile store locations. Plans to implement a ban on multibuys were shelved last month by the government, which cited the “unprecedented” cost of living crisis.

However, lawyers said that decision could be dwarfed by the Kellogg’s case, if the cereals giant succeeds on just two of its three arguments.

In the documents, Kellogg’s claims the entire HFSS clampdown should be declared “ultra vires” – or ‘beyond the powers’ – because enforcement powers given to local authorities to fine stores breaching the rules have never been approved by parliament.

The court could quash the entire legal instrument behind the HFSS crackdown and force the government to completely scrap the legislation if it decides the enforcement regime is illegal.

It could also allow the regulations to continue but order the government to go back to the drawing board on how they are enforced, leaving the ban in limbo.

The second strand of Kellogg’s case centres on the controversial nutrient profiling model, which was set up in 2004 as the basis for Ofcom’s policing of advertising aimed at children. It claims the model has never been before parliament and that its powers should be quashed.

If it succeeds the government would be forced to either drop the legislation or re-pass it with the NPM facing scrutiny in parliament.

That would inevitably lead to arguments that it should have also had scrutiny before the Health and Care Bill, including its plans for a further crackdown on junk food advertising and a 9pm watershed, as well as a ban on HFSS ads online.

“If Kellogg’s is allowed to make these arguments as part of the court case, this could have huge implications for the government HFSS agenda,” said Katrina Anderson, senior associate at Osborne Clarke LLP.

“If it’s successful, it will open the HFSS model up to parliamentary scrutiny.”

“There are a number of obvious shortcomings to the model which have frustrated the industry for a long time. For example, the use of the hundred grams/hundred millilitres to score products rather than a normal consumer portion.

“Scrutiny by parliament will likely lay these shortcomings bare.”

Kellogg’s third claim is that cereals should be excluded from the clampdown because most people add milk to the product, contributing to calcium intake. Kellogg’s claims the NPM does not rule in the same way against products, such as dried pasta and hot chocolate powder.

The court is expected to reveal in the next two weeks which of the legal arguments the review will hear, though it could allow all three.

A Kellogg’s spokeswoman said: “We support the government’s work to tackle obesity and help people live healthier lives – but we believe the formula being used to measure the nutritional value of breakfast cereals is wrong.

“We are seeking a small change to the formula so that it takes into account that cereal is almost always eaten with milk or yoghurt. We think it is important to change this formula to ensure the nutritional value of cereals, when eaten with milk, is fairly measured.’’