Nestlé and Danone back campaign for mandatory EU Nutri-score labelling 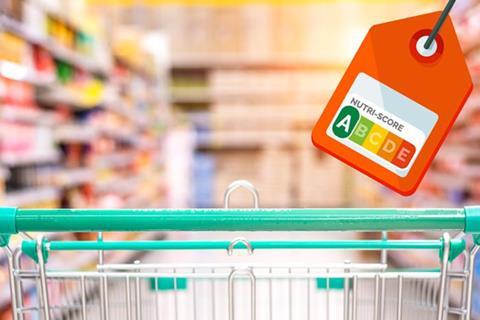 The scheme is currently voluntary

Nestlé and Danone have thrown their weight behind a major campaign to enforce Nutri-score nutrition labelling across the EU.

The fmcg giants, along with a host of consumer groups, academics and MEPs, have written to the European commissioner for health and food safety, Stella Kyriakides. The letter urges her to make the scheme, which gives food and drink products a score from A to E according to their nutritional profile, mandatory.

It is currently only applied voluntarily by suppliers.

The system is based on an algorithm which givies negative or positive points for each element in the nutrition table per 100g or ml.

Supporters of Nutri-score claim it is a more holistic and simple approach to labelling than relying solely on 100g/ml information, which was “usually found on the back of the pack, in very small font and crucially lacks an interpretative element for consumers”, the letter reads.

European Consumer Organisation director Monique Goyens added obesity rates remained “worryingly high in the EU”, meaning it was “essential we better equip consumers with tools such as the Nutri-score to help them to compare products and make healthier choices”.

It is not without its critics: in a letter to the European Parliament in December, Italian MEP Silvia Sardone called it “a misleading and discriminatory system” which risked turning shoppers away from ”healthy and natural foods which have been eaten for centuries, in favour of artificial products, such as French fries and industrial deep-frozen products of all kinds, for which, in some cases, the recipe is not even known”.

This, she argued, was “likely to promote potential junk foods whilst rejecting really healthy foods such as extra virgin olive oil, but also specialities such as Grana Padano, Parmigiano Reggiano and Parma ham”.

It comes as the European Commission is shortly to launch a new ‘Farm to Fork’ strategy with an eye to ramping up sustainability throughout the supply chain, promoting healthier eating and cracking down on food waste.

”No system is perfect, but we see Nutri-score as the best scheme today for people to compare products’ nutritional quality at a glance, also within a category,” said Danone Europe public affairs director Thomas Gauthier-Lafaye.