PHE forced to move the goalposts for OOH sugar reduction 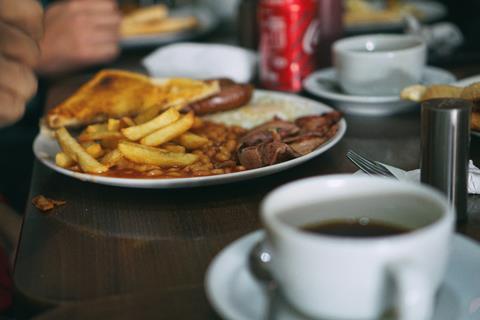 Public Health England has been forced to abandon plans to measure sugar reduction in the out of home (OOH) sector based on the types of junk food consumers eat most, after a major lack of data dealt a blow to its reformulation programme.

The Grocer has learnt PHE has ditched the use of a “sales-weighted average” for reporting on progress on takeaways, restaurants and cafés, and will instead use a simple average not linked to sales.

The admission has been slammed by supermarket suppliers, who said PHE’s decision to “move the goalposts” meant there was an uneven playing field, with retailers and suppliers in other sectors measured using sales-weighted data.

The revelation comes as PHE admitted it was continuing to get a “mixed” response from OOH companies, and as it emerged the entire reporting process had fallen months behind schedule.

In its first report in March last year on the sugar reduction strategy, PHE was unable to report on the progress of the OOH sector because of a lack of reliable data, though it promised figures would be published in spring 2019.

That came after PHE said it encountered a “wall of silence” from OOH companies, despite the report revealing portion sizes and calorie intake from OOH products were thought to contain more than twice the average in other sectors.

In a new report, PHE said: ’For subsequent reports, PHE intends to use a simple average to track progress for the out of home sector rather than using sales-weighted averages.

‘This is because of limitations with the commercially available dataset that PHE uses for this sector. PHE intends to continue to use a sales-weighted average as the main metric to assess progress for retailers and manufacturers but will also calculate a simple average for these businesses.’

When The Grocer asked PHE why it had made the changes, a spokeswoman said: “PHE is committed to monitoring the reduction and reformulation programme in an open and transparent way.

“We can only do this with robust industry data, which has to be purchased from commercial providers.

“There will always be some limitations in data, and these are more pronounced for the out of home sector than for retailers and manufacturers.”