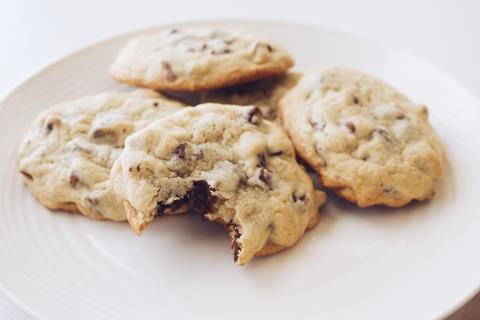 The much-delayed results, published today, showed the overall reduction in the first two years of the programme, from 2015 to 2017, stood at just 2.9% based on sales weighted average data.

In an interesting move PHE pointed out that by comparison, products covered by the soft drinks sugar tax achieved reductions of almost 30% in the same period.

The apparent praise of the sugar levy is likely to fuel speculation the body will champion an extension to other food and drink categories, despite reports that PM Boris Johnson and heath secretary Matt Hancock regard the idea as ‘nanny state’.

Today’s report shows even the categories making the most progress in the voluntary reduction programme look unlikely to hit PHE’s target.

Yoghurts & fromage frais and breakfast cereals managed to reduce sugar by 10.3% and 8.5% respectively. But the figures were much worse for other key categories, including biscuits, down 0.6%, and chocolate confectionery and ice creams & lollies, both down 0.3%. In puddings, the sugar content actually went up, by 0.5%.

Industry leaders have long warned there is no chance of hitting the government’s targets, and accused PHE of setting impossible goals for many sectors.

Suppliers have also warned of the huge impact of Brexit on expensive reformulation programmes.

However, the figures have resulted in renewed calls for taxation from campaigners who say it is time to extend the reach of the soft drinks levy to cover other products. They also want a similar tax for calories and fat.

The report shows that products covered by the soft drinks tax have seen a 28.8% sugar reduction per 100ml in retailer own brand and manufacturer branded products. The reduction figure was 27.2% per 100ml for drinks consumed out of home in the same period.

PHE CEO Duncan Selbie said more than 30,000 tonnes of sugar had been removed, stressing this had been achieved “without reducing soft drink sales”. This had resulted in around five billion fewer calories sold in sugary drinks per year.

Today’s results also include figures suggesting the out of home sector has been outstripping supermarkets on sugar reduction.

The out of home sector achieved a 4.9% reduction in one year, it said.

However, PHE admitted a lack of reliable data meant it had to “move the goalposts” by using a simple average to work out reduction against a baseline of August 2017, compared with the sales-weighted average used for other categories dating back to 2015.

“We are seeing some encouraging progress from the food industry,” claimed Selbie.

“Our second-year report shows some food categories reducing sugar faster than others but this is realistic at this early stage.

“We are confident that the industry as a whole understands their responsibility to step up and deliver for children and their families.”

But campaigners said the figures showed the voluntary approach had failed.

“It’s great to see the drinks category has absolutely smashed targets whilst other categories remain way off track in relation to the 20% by 2020 ambition. The levy is also raising an estimated £340m a year at a time of national austerity and budget uncertainty, which is money badly needed for investment in children’s health. This shows yet again that regulation is working where voluntary efforts are failing.”

Katharine Jenner, campaign director of Action on Sugar, said: “Whilst it’s encouraging to learn that both sugary yoghurts and cereals have been successful in the sugar reduction programme, proving that reformulation is easily achievable, it is shameful that other manufacturers are dragging their heels and will likely fail to meet the 20% target. Every year more and more children are becoming obese.

“However, the government should be proud that they were brave enough to introduce the soft drinks levy, which has been remarkable in that it allowed for significant sugar reduction in drinks. Manufacturers were then able to avoid paying the tax - resulting in a much bigger reduction of sugar content in drinks in the UK than originally anticipated.”

Jenner said the soft drinks levy “demonstrates that when properly motivated, the food industry can give us healthier options,” calling it “imperative” that it “is applied to calorie-dense processed foods and milk-based drinks that meet an agreed criterion set by the government”.

FDF COO Tim Rycroft said: “Today’s report from PHE shows that food and drink manufacturers are continuing to reformulate and change portion size to remove sugar from the nation’s diet.

“This is an ongoing process, and since this data was collected in August 2018, FDF member companies have launched many new lower-sugar recipes to great acclaim. We have repeatedly pointed out that PHE set hugely aspirational targets and that these could never be met across all categories in the ambitious timeframe given.”