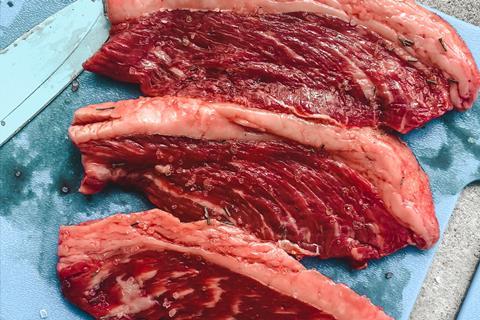 A group of international scientists have questioned the “reliability” of data linking meat consumption to a dramatic increase in deaths, which has been referenced in major policy documents – including Henry Dimbleby’s National Food Strategy.

The scientists, led by professor Alice Stanton of the Royal College of Surgeons in Ireland, cast doubt on apparently compelling data in the most recent Global Burden of Disease study, published biannually in scientific journal The Lancet since 1990, which has been seized upon in the development of public policy advising on lower red meat consumption.

At the same time, the GBD study recorded the dietary risk of food high in salt fell by 40%.

The data was subsequently cited in the NFS’s evidence document as justification – alongside the meat sector’s impact on the environment – for a reduction in the consumption of meat.

It has also been referred to in publications by the UN Food System Summit, and the EU’s Farm To Fork Strategy, with a “clear message that eating red meat is bad for human health, regardless of your age, gender or health”, said professor Stanton.

But after a “forensic examination” of the data and its assumptions by the group – which also includes globally-recognised meat expert professor Frederic Leroy of Vrije Universiteit in Brussels – it was then compared to a collection of global meta-analyses looking at the relationship between eating red meat and human ill health and deaths. The scientists concluded they could “find no relationship” between the meta-analyses and the GBD data.

In correspondence to The Lancet, seen by The Grocer, they warned it would be “highly inappropriate and imprudent for these estimates to be utilised in any national or international policy documents, nor in any regulatory or legislative decisions”.

However, repeated requests for The Lancet to peer review the data and to publish the evidence behind it were either declined or ignored, with further requests to the GBD team at the University of Washington to publish its evidence also refused.

The group then approached rival scientific journal The Annals of Internal Medicine in a bid to publish its findings.

In a letter from its editor-in-chief, seen by The Grocer, she agreed the group’s concerns were “valid”, with the journal’s statistical editors noting “there are many more problems” with the GBD’s analytical approach. However, it declined to publish its evidence as it would be “inappropriate”.

Professor Stanton told The Grocer she was “very concerned” that without publishing any supporting evidence, the GBD analysis now suggested eating meat had become significantly more dangerous to human health.

“Since the GBD is regarded as the top source of global health metric worldwide, it’s of huge importance there is public trust in its estimates, and that they are published on a peer-reviewed basis,” she added.

“This hasn’t happened in its 2019 analysis. This data would require a change in public health practice and advice on what the public should eat if it was to be believed,” she added.

“What would happen to child and maternal nutrition, iron deficiency and anaemia rates worldwide, if [the data] was obeyed? There are huge dangers to human health if we don’t objectively look at the available evidence.”

In response, Henry Dimbleby said the NFS did not cite the data as justification for a reduction in meat consumption. It was “a mistake to link the environmental harms and the health harms of eating meat too closely. There are health harms, but we felt that the environmental impacts of meat production were much more significant, so a change in the data wouldn’t change our arguments.”

The Lancet did not respond to a request for comment, while The Annals of Internal Medicine declined to comment.