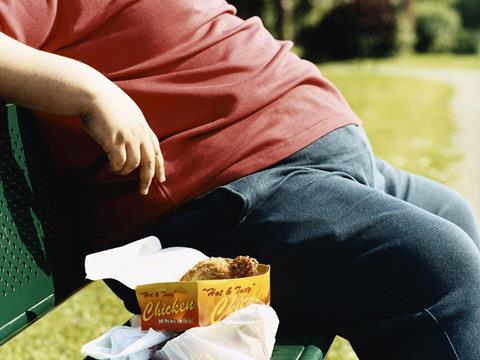 “THIS CONTENT WAS PUBLISHED UNDER THE 2010 TO 2015 COALITION GOVERNMENT”

These words may not have been meant as an epitaph for the Responsibility Deal but, written in bold on the RD website, they looked like the sign-off for an agreement that is all but washed up.

If it were truly the end of the Deal, that would no doubt be great news for the team at the Policy Innovation Research Unit (PIRU), at the London School of Hygiene & Tropical Medicine.

Of course, we don’t mean to suggest that this is in any way a politically motivated body.

It’s pure coincidence that its report slamming the food pledges on the Deal, including the moves to reduce calories, salt and saturated fat, as well as the front of pack labelling system was published on the day of the General Election.

How the DH managed to hand the official evaluation of its Deal to researchers with an obvious ideological hatred of the “nudge” approach is one of the great mysteries of a public health policy, which, under the coalition, often reached comedic levels of incompetence.

The story of Andrew Lansley’s strategy to get food and drink companies to take on voluntary measures which would tackle the obesity crisis without the need for regulation has been a rollercoaster ever since leading health bodies walked out of talks even before the official launch.

With more walking out after the U-turn on minimum pricing, companies increasingly found themselves being criticised by the health lobby when they did step up with initiatives, while a huge tail of companies who didn’t act escaped without penalty.

Meanwhile, increasingly invisible government ministers sat back as a pared-down team of civil servants at Whitehall limped on with a Deal run by ever fewer representatives from the food industry with a few token NGOs thrown in.

And despite the bad taste in the mouth left by such obviously political research, last week’s verdict on the Deal does highlight once again highlight obvious flaws in the machinery put behind it by the government, which had long ago been pointed out by The Grocer.

A year ago the DH published the annual progress report on nearly 400 food and drink companies’ efforts to tackle obesity, alcohol abuse and excessive salt intake, announcing the results with a single line on Twitter.

Meanwhile, up to a third of the companies had failed to hit the deadline for the reporting.

At the time we said:

“For better or worse today’s media climate cries out for the opposite. Consumers want to know the key progress being made by the deal in black and white and those who support the deal are desperate for headlines which are backed up by demonstrable facts.

“The problem with the Responsibility Deal is that the reporting process makes it virtually impossible even for those with a Master’s degree in using spreadsheets, to get an overall impression of its impact so far.”

Has it got better in the past year? A look at the website reveals no reporting on this year’s updates, meaning the information on company progress is a year old. No wonder the health lobby is having a field day.

Granted, the General Election has limited what politicians and the DH can say, but it doesn’t seem to have stopped those behind the official evaluation, and as such surely something could have been done by now to update us on progress.

With the SACN sugar review on the horizon, and the DH actively exploring options for measures such as a sugar tax (despite politicians on both sides of the House opposing it), the companies signed up to the Deal have, frankly, been made to look pretty stupid.

Yet there is still a possibility that a voluntary approach would work, not least because of the shock of the Conservatives achieving a majority.

Especially in the last two years of the government, ministers have shown no appetite at all for added regulation, having dropped plans like minimum pricing as if they were a very hot pasty.

A sugar tax has already been ruled out – and is not even supported by Labour – despite prominent fans within the DH including the CMO Dame Sally Davies.

Neither the Conservatives nor Labour had in their manifestos any plans other than a strategy targeted at childhood obesity, and nothing of the recent track record of the Tories suggests they will look to hit the industry with a wider onslaught of regulation, especially with the economic recovery still in a precarious state.

So, if only because the alternatives appear so unlikely, a voluntary framework may still emerge as the way forward to tackle obesity.

What a massive achievement it would be for the government if this could somehow involve both health lobby and industry, as Lansley himself had originally envisaged.

Having said goodbye to one coalition, could a new, one nation coalition actually emerge on public health?

It’s unlikely, but then again there have been some strange results recently.