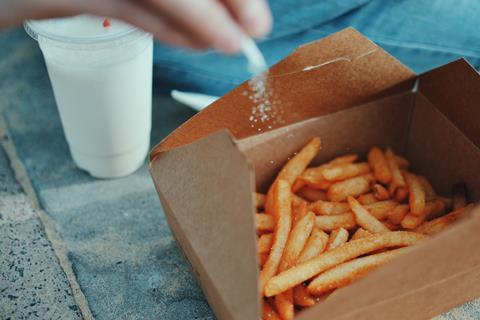 The government has been urged to make its new salt targets mandatory, after a new study published in the BMJ found there was strong evidence to support salt reduction as a key public health strategy.

The meta-analysis, by authors from the Wolfson Institute, Queen Mary University of London and Action on Salt, included 133 randomised trials with 12,197 people looking at the effect of salt reduction on blood pressure.

It found people who are older, have higher blood pressure, or are of black ethnicity, had the biggest falls in blood pressure for a given reduction in salt intake. Longer-term reductions were likely to have a greater effect.

The study comes with PHE consulting on voluntary new targets that call on companies to slash the amount in products by as much as 20% by 2023. Less than 50% of products achieved its previous 2017 targets.

But the report’s authors said the government had a responsibility to regulate on salt, which would lead to a far bigger reduction in stroke and heart attacks.

“Salt reduction has been identified as one of the most cost-effective strategies to reduce strokes and heart disease,” said Professor Graham MacGregor, chairman of Action on Salt and co-author of the review.

“Since 2011, the government has failed to continue this policy and the new government must now force the food industry to start making further reductions in the amount of salt they add to our food, either with legislation or financial penalties for those who fail to comply.”