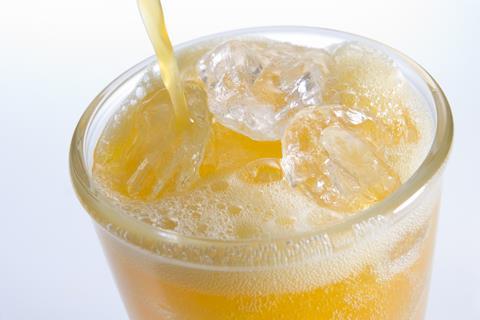 The food and drink industry is divided over the government’s looming soft drinks sugar levy, health campaigners have claimed.

A survey of FDF members by the Children’s Food Campaign found some of the UK’s most popular brands were neutral on the tax, as the government prepares to publish plans for the levy and the results of its consultation on Monday.

The results showed the FDF was not entitled to have run such an “aggressive” campaign against the plans, said the Children’s Food Campaign.

FDF members Allied Bakeries, Birds Eye, McCain, Nairn’s, Premier Foods, Slimfast and Tilda all stated they had “no position” on the tax in the survey.

Malcolm Clark, co-ordinator of the Children’s Food Campaign, said: “Companies that accept the need for a soft drinks industry levy, or have a neutral position, appear to be ‘carrying the can’ for companies that benefit from sales of sugary drinks.

“The Food and Drink Federation’s aggressive lobbying against the sugary drinks tax is a retrograde step which even some of its own members are shying away from. It’s time the FDF and other trade bodies fully engage with the government’s Childhood Obesity Plan, rather than spend hundreds of thousands of pounds and many hours of staff time trying to defeat a an effective measure to improve children’s health.”

“The publication next Monday of draft legislation on the soft drinks industry levy provides an ideal moment for the Food and Drink Federation and its members to press the ‘reset’ button. The soft drinks industry levy is already having a positive effect, over a year before it officially comes in. Instead of opposing the tax, FDF could be helping more companies to follow the lead of Tesco and Lucozade Ribena Suntory in commiting to reduce the sugar in all of their soft drinks below the 5g per 100ml threshold that would trigger the tax.

“These leading companies have shown that change is possible, for the benefit of children’s health.”

Tim Rycroft, corporate affairs director at the FDF, said: “We strongly agree that action is needed to tackle obesity.

“Equally, we believe that interventions shown by robust evidence to present the greatest chance of being effective should be adopted. For manufacturers, that means innovating to help lower calorie intakes, such as the soft drink sector’s ambition to cut calories by 20% by 2020, announced this time last year, well before the 2016 Budget, building on its 16% reduction achieved since 2012.

“FDF has, on behalf of its members, responded to the public consultation on the soft drink levy because, as we’ve said consistently, it is not a proven tool for achieving sustained calorie reduction in the national diet.

“It isn’t common practice for companies to develop individual corporate positions on policies relating to different sectors or business types.”