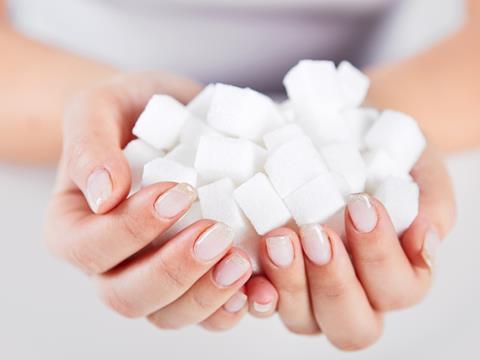 Sadly there are lots of predictable failures to report in today’s landmark results of the first year of Public Health England’s sugar reduction programme. But there are actually many positive stories to tell.

The Grocer revealed several weeks ago the industry feared it was in for a bashing, with several categories fearing they would heavily miss the target of a 5% reduction in sugar.

Sure enough, today’s report confirmed the industry has, as a whole, fallen well short of PHE’s target, with an overall 2% reduction in average sugar content and sectors including biscuits, chocolate confectionery and puddings among those failing.

No doubt the headlines that follow in tomorrow’s newspapers will prove the industry’s fears of a media and health lobby backlash well founded. They may even heighten calls for a draconian crackdown on the industry, in the form of the much speculated-upon childhood obesity plan ‘mark two’.

But for sectors such as yoghurts & fromage frais, breakfast cereals, sweet spreads and sauces to have all met or exceeded the initial 5% sugar reduction ambition for the first year is testament to the wave of reformulation that has been sweeping across many sectors.

Of course, health campaigners will argue it is the threat of the stick, via the Soft Drinks Industry Levy, which has succeeded, not the voluntary reformulation programme. And the figures showing the 11% reduction in the soft drinks sector across the same period certainly back this up.

But despite the “naming and shaming” of companies and sectors that failed to hit targets, there is justification for PHE’s description of these result as an “encouraging start”.

Yes, the industry has fallen short. But a 2% reduction in sugar, and a reduction in calorie content across four of the six categories where calorie reduction guidelines were set, is concrete progress.

However, serious questions have to be asked about the farcical situation around certain sectors were PHE has been unable to produce any meaningful figures at all. These include the cakes and morning goods sectors, where the limitations of the programme have been exposed by a lack of accurate data.

How can this process be effective in the war on obesity without information in these sectors?

There is also no accurate picture of whether discounters Aldi and Lidl have been tackling sugar reduction to the same extent as their mainstream supermarket rivals – another serious omission.

But the biggest, most predictable failure of the lot has to be in the complete black hole when it comes to the out of home sector. This is a situation that is surely starting to qualify as a public health scandal.

In March last year, even before the targets were launched, The Grocer revealed how PHE had met a “wall of silence” from OOH companies when they were approached to provide data to measure progress. At the time of the launch, PHE maintained it was confident it would be able to report on progress in the sector after it managed to cobble together a highly questionable baseline, despite the sketchy data.

Today though, PHE admits it simply does not have anything like the reliable data needed to provide an accurate figure for progress – or lack of it – in the OOH sector. This is despite its research showing that the average product in OOH contains twice the calories of that sold by supermarkets.

It will, admit the health boffins, be spring 2019 at the earliest before it can provide any indication of whether the OOH sector is responding in any way to the programme.

But It doesn’t take an expert to guess what the impact of those countless, gut-busting OOH menus lining the streets near schools across the country, really is.

Today the BBC was out filming one “enterprising” OOH provider in Luton whose response to the sugar levy is not one the government or PHE would want to broadcast. The trader in question has been selling cut-price red Coke at a knock-down price to schoolchildren, as a loss leader to attract kids to buy his other HFSS products.

This sort of activity makes a mockery of the reformulation programme. But, as the report today sadly confirms, it is all going on unmeasured and unpoliced, while companies who have been responding find their names dragged through the mud, as politicians and health campaigners use their failure to try to justify the case for an extension of taxation.

Surely though, if there is a need for regulation, it is not those companies that took part in the reformulation programme that should be first in line, even if some do need to step up their work. It is the OOH sector that has proved itself to be a law unto itself for way too long.