Supermarkets urged to clarify policies on health and obesity 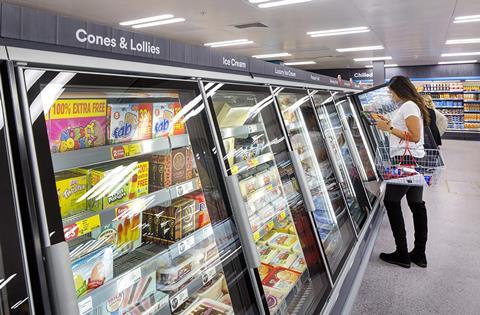 UK supermarkets need to “urgently clarify” their plans to improve the nation’s diets and tackle childhood obesity, according to a new report.

The study by ShareAction, a group representing a coalition of investors it claims is worth $1 trillion, criticised the transparency of supermarkets. It said their public commitments to support healthy eating contained major gaps.

Areas it looked at included information on product reformulation, responsible marketing and affordability, as well as labelling and governance.

The report, under the body’s Access to Nutrition initiative, also backed by the Guy’s and St Thomas’ Charity, claimed Asda and Iceland had the least evidence to support their efforts on health. Sainsbury’s and Marks & Spencer were the most transparent, it said, though they still only had information on just over a third of all possible criteria, it added.

It said supermarkets had been most active around sugar and salt reformulation, healthier checkouts and traffic light labelling. However, they had made little information available about areas such as marketing to children, pricing and promotions, marketing and composition of infant foods and how they defined healthy products, it added.

The report found Tesco and the Co-op were the only retailers to cite health and obesity as a business risk, while Tesco was the only business to publish some detail on responsible engagement with policymakers.

But it claimed retailers generally were pushing back on government health policy.

“Reporting is most limited on responsible marketing to children, the use of nutrient profiling systems to guide reformulation and/or to identify healthy products,” said the report.

“The retailers also say very little about their commitments to marketing complementary foods for young children or about their formulation of their own-brands in this segment.

“In addition, there is a lack of information about whether any commitments and initiatives that do exist extend to their convenience store formats and franchises.”

ShareAction head of food and health Ellie Chapman said: “Given that two in three adults and one in three children in the UK are already overweight or obese, supermarkets need to integrate health considerations across their business operations and rapidly abandon the most harmful practices.

“However, we have very little confidence they’ve got a plan for this, given the fact there’s such little disclosure. “With scrutiny from regulators, consumers and investors increasing, failure to act is not only likely to have reputational consequences but financial ones too, as companies fail to capitalise on growing consumer demand for healthier food and pre-empt further regulatory changes.”

Kieron Boyle, CEO at Guy’s and St Thomas’ Charity, added: “As this report makes clear, the positive intent of many supermarket chains is not matched by transparency around what they are doing in practice.

“This matters to parents, consumers and taxpayers as well as investors, who might reasonably question whether a company is prioritising healthy practices if it isn’t reporting on them.”