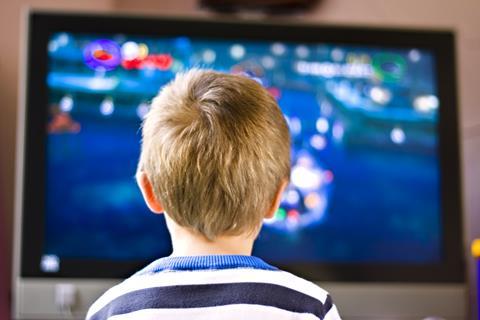 Thousands of products high in sugar face a ban from advertising during children’s TV and on other media under new proposals revealed by Public Heath England.

The DH experts have launched a consultation on plans to revamp the Nutrient Profiling Model, first brought into use by Ofcom in 2007.

PHE revealed today that under tests of its new stricter model, 8% fewer products passed advertising tests, mainly because of tougher guidelines around sugar.

Whereas 50% of the 2,600-plus products so far tested would pass existing HFSS rules, only 42% passed the tougher proposed profile, the consultation reveals.

Although PHE said it was not possible to give an exact number of products that woud be affected, it said it was “inevitable” thousands of SKUs would be hit, including categories such as sweetened yoghurts, fruit juices, desserts and a raft of breakfast cereals and cereal bars.

Supplier leaders responded by warning that banning products such as puréed vegetable soup, pure fruit juice, or yogurt with fruit purée from ads in and around children’s viewing “flew in the face of common sense” and urged PHE to think again.

As well as applying to advertising during TV programmes with a high proportion of child viewers, the proposed new profile could also apply to non-broadcast media, including print, cinema, online and social media under restrictions set by the Committee of Advertising Practice.

PHE was tasked with carrying out the review under the government’s 2016 Childhood Obesity Plan. It has taken into account the Scientific Advisory Committee on Nutrition report from the previous year which halved the dietary recommendation for free sugars, as well as increasing the recommended intake of fibre by a quarter.

PHE today tried to distance itself from the the implications of the new profile, saying the implementation was down to Ofcom and CAP.

Food and drink companies and NGOs have been given until 15 June to respond to the proposals, which come just weeks before PHE is due to reveal a report on the industry’s voluntary sugar reduction programme.

The Grocer revealed earlier this month that senior industry figures fear the report will “hang companies out to dry”, with many believed to have failed to hit PHE’s sugar reduction targets set in March last year.

Commenting on today’s consultation launch, PHE chief nutritionist Dr Alison Tedstone, said: “It is important the NPM reflects the most up to date dietary recommendations in order to help support healthier food choices.

“Given current UK dietary recommendations advise the population to consume less sugar and more fibre, we can expect some products which currently pass the model to fail the revised version.

“In this consultation, PHE is asking for views on the technical basis of bringing the draft revised version in line with current UK dietary recommendations. It does not cover the application of the NPM or further restrictions to advertising during children’s programming.”

Reacting to the plans, an FDF spokesperson said: “Obesity poses a huge public health challenge in the UK, and food and drink companies are well aware of their responsibilities in addressing this issue.

“The decision to revise the NPM follows logically from official guidance to reduce sugar and increase fibre consumption.

“However, the new definition risks preventing a range of foods that most people would regard as healthy from being advertised to children. For example, puréed vegetable soup, pure fruit juice, or yogurt with fruit purée, could fail the model under the proposed changes. This flies in the face of common sense. Yes, we should all be reducing our sugar consumption but the quality of our diets, including eating more fibre, fruit and vegetables, is important too. Government policies must promote balanced diets.

“In the UK, we have one of the strictest advertising regulatory regimes in the world concerning foods that can be advertised to children. This has recently gone beyond TV to digital, and also includes print media and outdoor spaces - a move that FDF championed. Many companies go even further, developing their own responsible marketing guidelines and making voluntary commitments.”