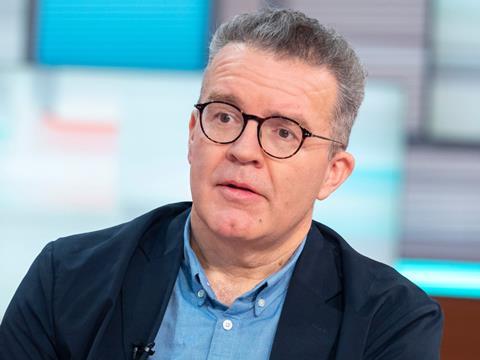 Watson’s slim-lining boils down to him ignoring government diet guidelines. Instead, he has embraced the principles of the Pioppi diet

What more graphic challenge could there be to government healthy eating advice than Tom Watson? Only a year ago the deputy Labour leader was seriously obese. He looked like a larger-than-life cartoon character next to lean Jeremy Corbyn. Now Watson is a new man. He has shed seven stones, and his type 2 diabetes is in remission; he no longer needs medication.

Watson’s slim-lining boils down to him ignoring government diet guidelines. They tell us to fill our plates with starchy foods, and avoid saturated fat.

Instead, Watson has embraced the principles of the Pioppi diet, which is not a fixed-term diet as such, more a way to eat for life.

Pioppi, brainchild of campaigning cardiologist Dr Aseem Malhotra, is simple. Abandon calorie counting. Fat isn’t the foe. Just cut out sugar, starchy carbs, and processed food. Of course, Pioppi doesn’t have a patent on these ideas; it simply encapsulates international, new-wave thinking about what constitutes a healthy diet. It’s an approach, which, as Watson has found, could be highly effective in ridding Britain of the scourge of obesity and related diseases.

We have so obviously come to the end of the road with the status quo ‘Eatwell plate’. It was designed by self-interested food processors, and the government’s so-called expert scientific advisors went along with it. This guidance patently doesn’t work. Thirty per cent of Britons are obese; a third of our children leave primary school overweight.

Yet year after year, all we hear from the agencies charged with dispensing nutrition advice is that despite their best efforts, this deadly state of affairs is getting worse. Cue another patronising, kindergarten pep talk on why we lazy citizens must try harder to eat as we are told.

More from Joanna Blythman: High streets of the future don’t have space for Big Retail

But as Watson says, we must stop blaming individuals; the answer is not in their hands alone. Labour has pledged to halt the rise of diabetes and has called on experts, charities, patients and, tellingly, independent thinkers to inform its strategy. And I believe this bold new plan could work, as embodied by the new-look Tom Watson. Why? Labour appears to be prepared to shred the failed healthy eating orthodoxies that got us into this mess in the first place. That’s a brilliant, and very necessary, starting point.