Will yoghurt's health halo go to pot under new proposal? 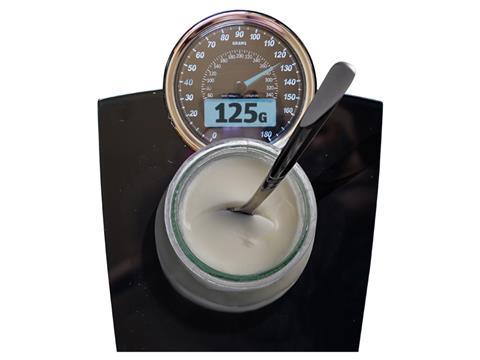 Unlike soft drinks, it has escaped a punishing tax. But the yoghurts category is under pressure to make sweeping changes as part of the war on sugar, with controversial government proposals to cap the size of single-serve pots.

Last week, The Grocer revealed supermarkets and yoghurt manufacturers were asked to agree to a new 125g limit in the first of a series of crunch meetings with nine industry sectors that are aimed at agreeing voluntary reformulation targets in time for March 2017. The revelation came on top of category-wide targets to remove 5% of total sugars from yoghurts (natural and added) by September 2018 and 20% by March 2020.

Public Health England claims the initiative will help limit calorie intake and bring it closer to its target of slashing the average amount of sugar people consume per 100g from 11.05% to 8.8% by 2020.

The controversial plans could result in hundreds of products being slimmed down or removed from shelves if companies agree. So has PHE gone potty or will shrinking the nation’s yoghurts help win the fight against obesity?

Exclusive research by The Grocer finds a whopping 43% of single-serve yoghurts currently fall foul of PHE’s proposals: out of a total sample of 892, 382 single-serve pots were over 125g. Among those in the firing line are 87% of Müller Rice products, 75% of Müller Corner pots, 42% of all Rachel’s products and 29% of Yeo Valley yoghurts.

And the sector also has plenty of work to do to hit PHE’s sugar reduction targets. A study of yoghurts in Tesco found 60% (407 out of 670) exceed the current average sugar content of 11.05% and just 178 (26%) fall below the 8.8% average PHE wants. It’s not a case of being slightly off the mark, either; some of the worst offenders are more than 18% sugar.

PHE has also called on the sector to cut added sugar from its estimated average of 3.25% to 2.6%, which manufacturers claim will be impossible without the mass use of artificial sweeteners (all in a category where recent trends have veered towards natural products).

For PHE’s part, it is at pains to stress it won’t “name and shame” companies that fail to respond. But it does plan to publish a barometer of the top 20 big yoghurt sellers and carry out regular monitoring of single-serve pot sizes. Some industry sources claim PHE has unfairly victimised yoghurts. “It’s appalling the way PHE has failed to recognise the health benefits of this sector,” says one source.

“It shows a fundamental misunderstanding of the role sugar plays in these products. The loser in all this is going to be the consumer because you will see big range reductions.”

“The whole approach in the industry had been moving towards sugar reduction. Now they are told it’s all about portion size. What hoop will they have to jump through next?”

One source in the meeting witnessed fears of a backlash. “If the size of pots comes down without price reductions across the board, then consumers will accuse them of exploitation.”

PHE wants all single-serve yoghurt pots to be capped at 125g and separately is calling for average sugar levels to be cut to 8.8% by 2020. As these bestselling examples show, one way or another yoghurt manufacturers are currently falling short, demonstrating the scale of the changes required if the industry adheres to the proposals

The move follows dismay in the dairy sector as a whole at finding itself “demonised”.

In March, PHE revealed dairy’s segment in the revamped Eatwell Guide was being slashed from 15% to just 8% in response to the SACN report’s call for the proportion of sugar in our diets to be halved. Dairy UK says the plans are “baffling and disappointing” and fly in the face of evidence about the health benefits from milk and dairy products in areas such as calcium intake.

Yet the backlash is unlikely to deter PHE from applying similar tactics to other sectors. The war on yoghurt sizes could be the first of many to come, with portion control emerging as a key weapon set to feature in discussions on biscuits, cakes, chocolates and sweets, all of which are the subject of further talks in the next few weeks.

“Portion control is a relatively simple way of reducing calorie intake,” a PHE spokesman says. “It’s one of the issues we will be discussing at the nine category meetings.” But PHE admits the evidence around whether portion control actually works is sketchy. Although in its report into the government’s call for sugar reduction in October 2015 claimed reformulation would be far more likely to succeed if it was accompanied by reductions in product sizes, the same report admitted evidence on the impact was “limited”.

And in contrast to the conciliatory tone at recent meetings, the report accused supermarkets and suppliers of feeding appetites for sugar by setting prices that encouraged people to buy larger portion sizes through larger pack sizes that “appear to represent substantially better value for money”.

The idea of portion control is, of course, nothing new. The confectionery sector, which faces its own crunch meeting with PHE next month, has spent six years attempting to fend off the threat of taxation or mandatory targets by reducing portion sizes.

On the eve of the draft SACN report in June 2015, the FDF announced a new 250-cal cap on individually wrapped single-serve confectionery items sold in retail, following a similar move by Mondelez earlier that year and much earlier moves by Mars going back to 2010.

This perhaps explains why the FDF is one of the few supporters of PHE’s approach. Tim Rycroft, FDF corporate affairs director, says: “As a principle we support portion caps for some categories - McKinsey considers this the most effective tool to tackle obesity.”

Yet health campaigners are not convinced that smaller is best. “It would be disappointing if the dairy industry focused its energies simply on yoghurt portion size reduction, rather than actually cutting sugar,” says Malcolm Clark, director of the Children’s Food Campaign.

He says single-serve confectionery brands still “regularly feature in our list of ‘worst offenders’ for marketing sugary products directly to children, or to parents to give to their kids”.

So while PHE may regard portion control as a “relatively simple” weapon, does the industry risk upsetting consumers and failing to satisfy the health lobby at the same time?